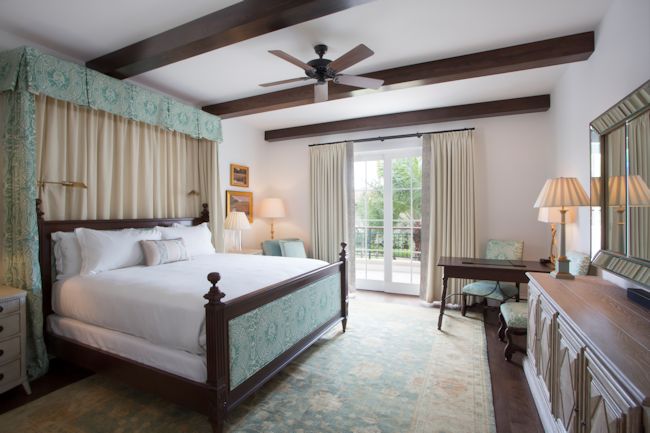 SEA ISLAND, GA – Sea Island, a Forbes Five-Star resort on the coast of Georgia, announces the completion of a $40 million expansion project at The Cloister that includes a new Garden Wing comprising 63 beautiful new guest rooms, as well as a 5,000-square-foot ballroom. These new additions debut as Sea Island celebrates the 10th anniversary of the opening of the completely rebuilt Cloister in April 2006.

In November 2015, Sea Island unveiled the 5,000-square-foot Mizner Ballroom in The Cloister’s main building. The multi-functional addition complements the existing ballroom at The Cloister, and brings added meeting space for private conferences, executive retreats, receptions, dinners and meetings. With 51,000 total square feet of flexible, high-tech indoor and outdoor event space overlooking the Georgia coastline, the expansion further positions the resort as an unparalleled choice for business functions of distinction.

“Ten years ago we celebrated the rebuilding and reopening of The Cloister, and we are thrilled to begin a new chapter with additional world-class accommodations and facilities,” said Scott Steilen, President of Sea Island. “We are humbled that so many guests choose to return to Sea Island year after year, and with these new additions we’re looking forward to introducing even more travelers to the resort.”

An exceptional destination appealing to those who appreciate gracious service and heartfelt hospitality, Sea Island is the home of two of the top ten resorts in the Continental U.S., as recognized in the Travel + Leisure World’s Best Awards three years in a row. With four Forbes Five-Star experiences – The Cloister at Sea Island, The Lodge at Sea Island Golf Club, The Spa at Sea Island, and the Georgian Room restaurant – and an extensive array of engaging nature adventures and recreational experiences, Sea Island entices families, outdoor and activity enthusiasts, and those simply wanting to refresh and recharge. It is the only resort in the world to have received four Forbes Five-Star awards for eight consecutive years. Located on the southeastern coast of Georgia, Sea Island features five miles of private beach, a Beach Club, tennis and squash centers, Yacht Club, Shooting School, and Camp Cloister. Well known as a family resort, Sea Island is steeped in golf tradition and is home to three championship golf courses, including Seaside and Plantation, home of the PGA Tour’s RSM Classic, as well as the nation’s finest Golf Performance Center. Guests may also enjoy nearby Broadfield, a Sea Island Sporting Club and Lodge, offering a variety of seasonal hunting, fishing, sporting and organic culinary opportunities. Renowned for its hospitality, Sea Island has been creating life-long traditions for discerning travelers and offering real estate ownership opportunities since 1928. Experience Sea Island at www.seaisland.com.