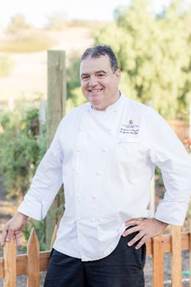 (RANCHO PALOS VERDES, CA; August 14, 2018)—Terranea Resort, A Destination Hotel, announces the promotions of two executive members of the Strategic Leadership Team as the resort heads toward its 10-year anniversary in 2019.

Agnelo Fernandes has been named Chief Strategy Officer & Executive Vice President Revenue for the 102-acre oceanfront resort, which he joined in 2011. In his new role at Terranea Resort, Fernandes oversees the business strategy, branding development initiatives, and revenue optimization for the iconic Southern California destination including the Revenue Management, Sales, Catering, Conference Services, Marketing, Public Relations, Social Media and Reputation Management, Resort Activities, Destination Services, and Reservations divisions. Liaising with Two Roads Hospitality, Fernandes plays a pivotal role in the long-range planning of Terranea Resort which celebrates its milestone 10-year anniversary next summer. Selected by Lodging Magazine as one of the best and brightest hotel innovators and visionaries, Fernandes also received the Hospitality Sales and Marketing Association International (HSMAI) Resort Marketer of the Year Award and was named one of the Top 25 Most Extraordinary Minds in Sales and Marketing. Fernandes has more than 20 years of strategic global leadership experience including senior executive positions within the hospitality industry with recognized brands such as Canyon Ranch, Sonesta Hotels International, and Rex Resorts. Originally from Goa, India, Fernandes received his MBA degree with top honors in marketing from Oklahoma City University and a BBA degree in finance from the University of Central Oklahoma.

“Agnelo’s guidance has been instrumental in the evolution of the brand, its continued growth and commitment to authenticity,” says Terri A. Haack, president of Terranea Resort. “He is a thought leader and an innovator in his field, who continuously demonstrates strategic vision. It is an honor to work with such a dedicated individual.”

Bernard Ibarra adds Vice President of Culinary Experiences to his current Executive Chef title, which reflects his creation of a culinary culture at Terranea Resort that respects tradition while embracing innovation, sustainability, and urban farming. Ibarra initiated the resort’s Sea Salt Conservatory that produces Terranea’s own signature sea salt (used in both the kitchens and The Spa at Terranea) and launched a honey program, maintaining an apiary with nearly 120,000 honeybees. Additionally, he tends to the nearby garden and chickens while developing a kelp harvesting program, acting as lead steward of the resort’s Farm to Terranea initiative. For 15 years, he held lead chef positions at luxury hotels in Vancouver, Toronto, Seattle, Hong Kong, Singapore, and Tokyo. Highlights include his work as Executive Chef at The Mirage Hotel & Casino in Las Vegas, before becoming the opening Executive Chef at MGM Resorts International’s sister property, the Aria, in 2009. At Aria, Ibarra oversaw 550 cooks and chefs plus 200 stewards, while ensuring memorable culinary experiences at multiple celebrity chef-driven restaurants.

At Terranea Resort, which he joined in 2013, Ibarra oversees more than 100 cooks and chefs, as well as 175 additional staff members at the resort’s nine restaurants, cafés, and lounges, and manages the property’s robust banquet schedule and in-room dining. Born and raised on the French side of the Basque Country close to the Spanish border, Ibarra graduated from culinary school in Saint-Jean-Pied-de-Port and apprenticed at Michelin-starred Les Pyrénées before joining the Four Seasons organization.

“Chef Bernard is a source of inspiration whose breadth of knowledge of the culinary space is invaluable to creating the kind of experiential programming that sets Terranea apart,” says Terri A. Haack. “His dedication to showcasing and celebrating the natural bounty of the Palos Verdes Peninsula along with the seasonal and sustainable harvests of California is an unparalleled and a remarkable addition to the resort.”

About Terranea Resort, A Destination Hotel

Destination Hotels is a collection of more than 40 upscale and luxury independent hotels, resorts and residences across North America. Each property is intentionally diverse and true to its location, transcending status quo in fresh, authentic and unforgettable ways. Serving as both the explorer and the guide, Destination ensures a sense of genuine belonging and the chance to encounter life-enhancing discoveries. The award-winning portfolio features 19 renowned golf courses, 18 indigenous spas, and 112 exceptional food and beverage options including bars, restaurants, cafes, and rooftops. Destination Hotels captures the unique essence of each location through authentic experiences, immersive programming and genuine service. For more information, visit www.destinationhotels.com. Follow us on Instagram: @destinationhotels and Twitter: @Destination. Like us on Facebook: DestinationHotels.