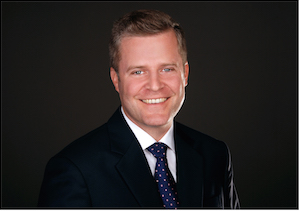 CEO Thomas Willms expressed Deutsche Hospitality’s delight at acquiring the services of Mr. Ettl. “Steigenberger DMCC will play a key role in our future growth. Taras Ettl is a Managing Director who is highly versed in the hotel sector and has been based in Dubai for many years.” Originally from Austria, Mr. Ettl has just completed a six-year stint as Vice President of Development for Middle East and Africa at the InterContinental Hotels Group in Dubai.

Deutsche Hospitality brings together three separate hotel brands under a single umbrella. Steigenberger Hotels and Resorts has 60 hotels housed in historic traditional buildings and lively city residences and also offers health and beauty oases set at the very heart of nature. Jaz in the City branded hotels reflect metropolitan lifestyle and draw upon the local music and cultural scene. The first Jaz hotel opened in Amsterdam in 2015, followed by a second in Stuttgart in 2018. And IntercityHotel offers more 40 upper mid-range urban hotels, all of which are located within easy walking distance of railway stations or airports. A further 29 hotels are currently at the development stage. This means that the Deutsche Hospitality portfolio currently encompasses a total of over 130 hotels on three continents.