Atanacio became a member of the Mainsail Lodging & Development family in 2013, serving on the hotel opening team as chef de cuisine at Epicurean Hotel for five years, and as the opening executive chef at The Karol Hotel in Clearwater for one year. Prior to joining the Mainsail family, Atanacio honed his craft and worked his way up through various esteemed restaurants in New York City, where he gained much of his culinary experience.

“We’re delighted to welcome Jon back to take center stage at Epicurean,” said Joe Collier, president and founder, Mainsail Lodging & Development. “His knowledge of the property and expertise in the kitchen will bring even greater depth, energy and excitement to the dining experience for our guests.”

With nearly 20 years of culinary experience, Chef Atanacio draws on his Puerto Rican and Italian heritage to continue to raise the bar in the local dining scene. Atanacio was most recently culinary director at Bern’s Steak House in Tampa, where he oversaw the culinary and pastry departments while managing the entire culinary operation on a daily basis. Before moving to Tampa, he worked nearly 15 years in New York City as chef de cuisine at Aquagrill Restaurant and chef de cuisine at Olives in the W Hotel, Union Square by Todd English.

Mainsail Lodging & Development is an award-winning, Tampa, Florida-based company specializing in hotel, furnished housing, and resort property management and development, marketing and sales. An established company with a dynamic entrepreneurial spirit, Mainsail prides itself in finding unique lodging opportunities with a purpose and applying its passion and expertise to each project. Founded by President Joe Collier with a combination of daring vision and dogged determination, Mainsail has built an impressive portfolio of top-branded properties throughout the southeastern United States and Caribbean. Each Mainsail property inspires guests with a distinct character and meticulously crafted, sophisticated style, from a private island resort, and urban culinary showplaces, to waterfront marvels, boutique southern hotels, and a historic jazz era icon. Stay Sojo, Mainsail’s newest brand, provides short-term furnished living options across the country, while Mainsail Vacation Rentals manages a collection of private vacation homes in Florida and the Caribbean. To ensure long-term success and profitability, Mainsail relies on the dedication of its high-performing leadership team, a growing group of enterprising investors, and a commitment to giving back, every step of the way. MainsailHotels.com 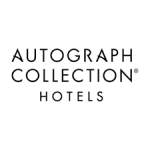 Autograph Collection Hotels advocates for the original, championing the individuality of each of its 200+ independent hotels located in the most desirable destinations across more than 30 countries and territories. Each hotel is a product of passion and a personal realization of its individual founder’s vision, making each hotel singular and special:  Exactly Like Nothing Else. Hand-selected for their inherent craft and distinct perspectives on design and hospitality, Autograph Collection hotels offer rich immersive moments that leave a lasting imprint. For more information, visit  AutographHotels.com, and explore our social media channels on Instagram, Twitter, and  Facebook to be inspired by immersive moments that are #ExactlyLikeNothingElse.  Autograph Collection Hotels is proud to participate in Marriott Bonvoy, the global travel program from Marriott International. The program offers members an extraordinary portfolio of global brands, exclusive experiences on Marriott Bonvoy Moments and unparalleled benefits including free nights and Elite status recognition. To enroll for free or for more information about the program, visit MarriottBonvoy.marriott.com.