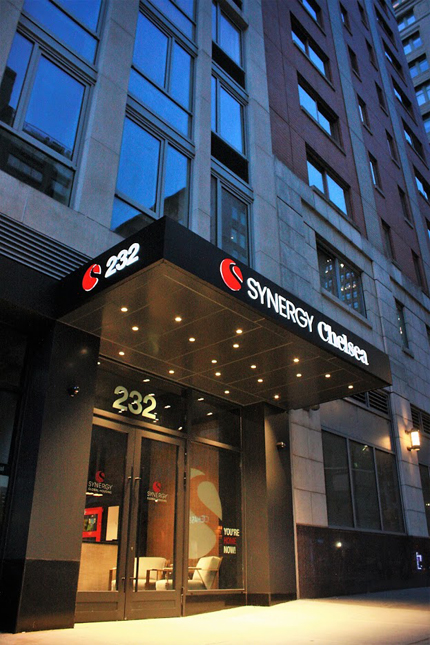 New York — January 16, 2019 — Synergy Global Housing, a subsidiary of The Ascott Limited and premier provider of furnished temporary accommodations for business and relocation stays, is voice enabling their new exclusive property in New York City with Volara-powered voice assistants. Synergy Chelsea, a smart apartment concept designed to deliver a premier guest experience through customer service and technology, will be the first furnished housing property to deploy this voice-based engagement technology to its short-term guests. The Synergy Chelsea property is located at 232 7th Avenue in Manhattan.

“Synergy is redefining the traditional furnished apartment experience in New York by building best-in-class accommodations in strategic locations throughout the city,” said Rob Eisenberg, General Manager, Synergy Global Housing New York. “Guests at Synergy Chelsea won’t just enjoy high-speed wireless Internet, IPTV and a Bluetooth audio system. They will also be wowed by a Volara-powered voice assistant that will enable them to speak commands to better personalize their live/work/play experiences. Everything from TV Controls – through Volara’s integration with Sonifi – to music playlists – through Volara’s integration with iHeartRadio – to service requests and local restaurant recommendations are accessible to our guests just by speaking in their apartments.”

When Synergy Global Housing was planning their new flagship Chelsea property, Eisenberg said the company wanted to feature technologies that its tenants use at home and that mirror amenities found in upscale hotels. Volara’s solution squarely met that objective.

“Synergy appreciates the busy schedules kept by our guests, and we want to them relax and enjoy every aspect of their stay,” Eisenberg said. “While IoT (Internet of Things) and VOIP (Voice over Internet Protocol) are important amenities, corporate housing guests – who are typically unfamiliar with the neighborhood – need to figure out where the nearest grocery store is or who to call if the cable isn’t working. By enabling them to speak commands and get answers on demand, we are elevating modern living to new heights. Volara is an easy way to connect the dots and make people feel more at home; especially those who may be relocating or who are away from home for an extended time.” 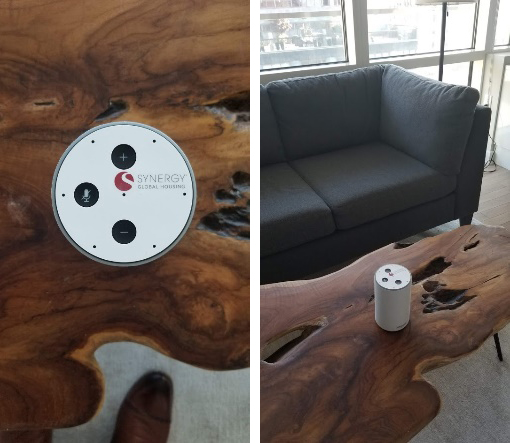 In addition to the 17-story Synergy Chelsea property, Synergy also offers accommodations in prime locations throughout Manhattan, including the Financial District, Greenwich Village, and Times Square. Synergy also has properties in prime locations in Northern and Southern California, Seattle, and key gateway cities throughout the EMEA and APAC regions. The one- and two-bedroom units at Synergy Chelsea feature an onsite concierge, fitness facility, bike storage area, rooftop space and lounging area.

“When I first met with the Synergy team, I asked Rob about his business objectives and why he wanted to implement voice at Synergy Chelsea,” said David Berger, Volara CEO. “His answer was simple: ‘We see voice as an opportunity to facilitate and personalize the experiences of guests in our corporate housing. It’s something we believe will truly enhance a person’s stay.‘ He was right.

“The corporate-housing market is ripe for voice technology and Synergy Global Housing is at the forefront,” Berger added. “Volara is proud to be partnering with this industry leader to bring voice-enabled experiences to its residents.” 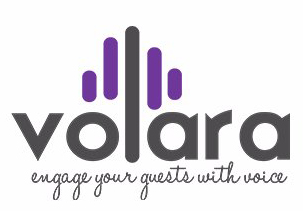 Volara is THE provider of custom voice-based solutions for the hospitality industry. It’s the only provider of voice-based solutions to the hospitality industry with the Alexa for Business Service Delivery Designation from Amazon.  Volara is also a launch partner of Alexa for Hospitality and Google Assistant Interpreter Mode. Volara's proprietary software creates a hotel business tool atop the leading smart speakers and natural language processing platforms. Volara's proven best practices ensure high utilization rates and an optimal guest experience that creates personal and remarkable engagement with brands. Volara is the largest manager of Alexa devices in the enterprise today and over a million people have used voiced-based solutions powered by Volara. To learn more about Volara, visit https://volara.io.