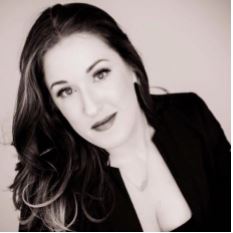 Moab, Utah, September 2019: Sorrel River Ranch Resort & Spa – a riverside oasis situated on the bank of the Colorado River, just on the edge of Arches National Park in Moab, Utah – proudly welcomes new Spa Director, Amanda Hill. In her new role, Hill will oversee operations, staffing, and the expansion of the spa’s programming.

Hill brings more than 10-years of knowledge and experience to her new role, which began at Salter School of Massage Therapy, where she completed a 900-hour massage and bodywork program. After receiving her license in massage therapy, she was appointed as a contracted license massage therapist, performing in-room treatments for guests of The Chanler at Cliff Walk, a charming, historic inn located in Newport, Rhode Island. Hill went on to work as a contracted license massage therapist at other notable four-and-five-star properties across the U.S., including Timber Cove Inn, a historic Frank Lloyd Wright-inspired hotel situated on the bluffs of the Northern Sonoma Coast, followed by The Ahwahnee Hotel and Yosemite Valley Lodge, before developing her own AVEDA spa and beauty boutique – The Spa Room – near Wisconsin’s Horicon Marsh.

Prior to entering the spa and wellness realm, Hill studied music and vocal performance at Briar Cliff University, where she was awarded “All-State Music Award.” While studying, she worked as a Front Desk Agent, providing guests with five-star concierge services at The Hermitage Hotel in Nashville.

On the heels of Hill’s appointment, she is gearing up to debut Sorrel River Ranch’s new ‘Blend Bar,’ in partnership with Salt of the Earth, which allows spa visitors a chance to create and customize treatments with Utah-based ingredients such as mineral clay masks, body scrubs – comprised of 72 trace minerals and salt from Great Salt Lake – mineral creams, and Sorrel’s refined local red sandstone pure ground formula. When mixing the products with seasonal scents and aromatic essential oils, additional components such as hyaluronic acid for anti-aging can also be added. In early 2020, Hill will add one-of-a-kind manicures and pedicures to the spa menu, and also keen on creating outdoor massages in ranch’s new Tentipi. One of Hill’s objectives is to work on building a unique spa program focused on not only therapeutic modalities but taking the extra step to pamper guests with special experiences pre-and-post treatment.

Located in Moab, Utah, Sorrel River Ranch Resort & Spa is a 240-acre riverside oasis situated on the bank of the Colorado River. The Western-style design of the ranch perfectly complements the surrounding iconic arches, canyonlands, and red rock mesas. With close proximity to Arches National Park and Canyonlands National Park, the ranch boasts 55 rooms and suites, farm-totable cuisine at River Grill and innovative cocktails at Epic Bar. The upscale, yet laid-back dude ranch also provides wellness activities including riverside yoga and spa treatments ranging from essential oil aromatherapy to signature massages, as well as adventure programing by water, land, and air, such as Jeeping, rafting, hiking, horseback riding, and skydiving.