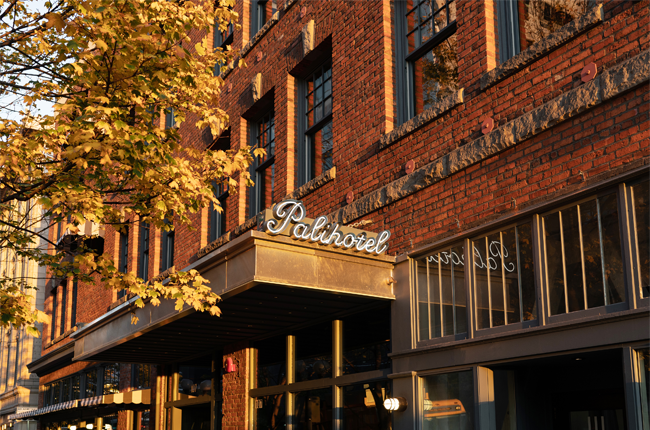 Beverly Hills, CA (May 14, 2019) – Sonnenblick-Eichner Company announced today that it has arranged $21 million of non-recourse first mortgage leasehold financing, on behalf of a partnership between Los Angeles based Lighthouse Investments, LLC and KCB Management, for the 96-room Palihotel Seattle.

Operated by Palisociety, the hotel is located across the street from the world-famous Pike Street Market in downtown Seattle, WA. The newly renovated hotel opened in November of 2018 and the initial funding was sized to a debt yield less than 6% on the first year’s projected net operating income. The five-year interim loan also provided for a return of equity above the existing construction loan, as well as significantly reducing the cost of capital for the borrower. The LIBOR-based loan was funded by an institutional debt fund.

Originally built in 1895, the building is both a city landmark and on the federal National Registry of Historic Places. The hotel was extensively renovated in 2017 and 2018. The downtown Seattle market and the Pike Place submarket, have been among the best performing hospitality markets in the country over the last several years.

“We were successful in securing multiple competitive financing quotes despite the fact that the hotel had recently opened and is in ramp-up. In addition to the complexities inherent in leasehold financing, the transaction included Historic Tax Credits, which we had to structure around,” said Sonnenblick-Eichner Company Principal Elliot Eichner.

“We have had tremendous success in financing hotels that have recently completed construction, or at Certificate of Occupancy. This allows our clients to realize equity in the project, extend term, lower the cost of capital and quite often relinquish recourse obligations,” added Sonnenblick-Eichner Principal Patrick Brown.