Songtsam Begins Construction on Its First Zero-Carbon Hotel in Tibet

Songtsam Begins Construction on Its First Zero-Carbon Hotel in Tibet 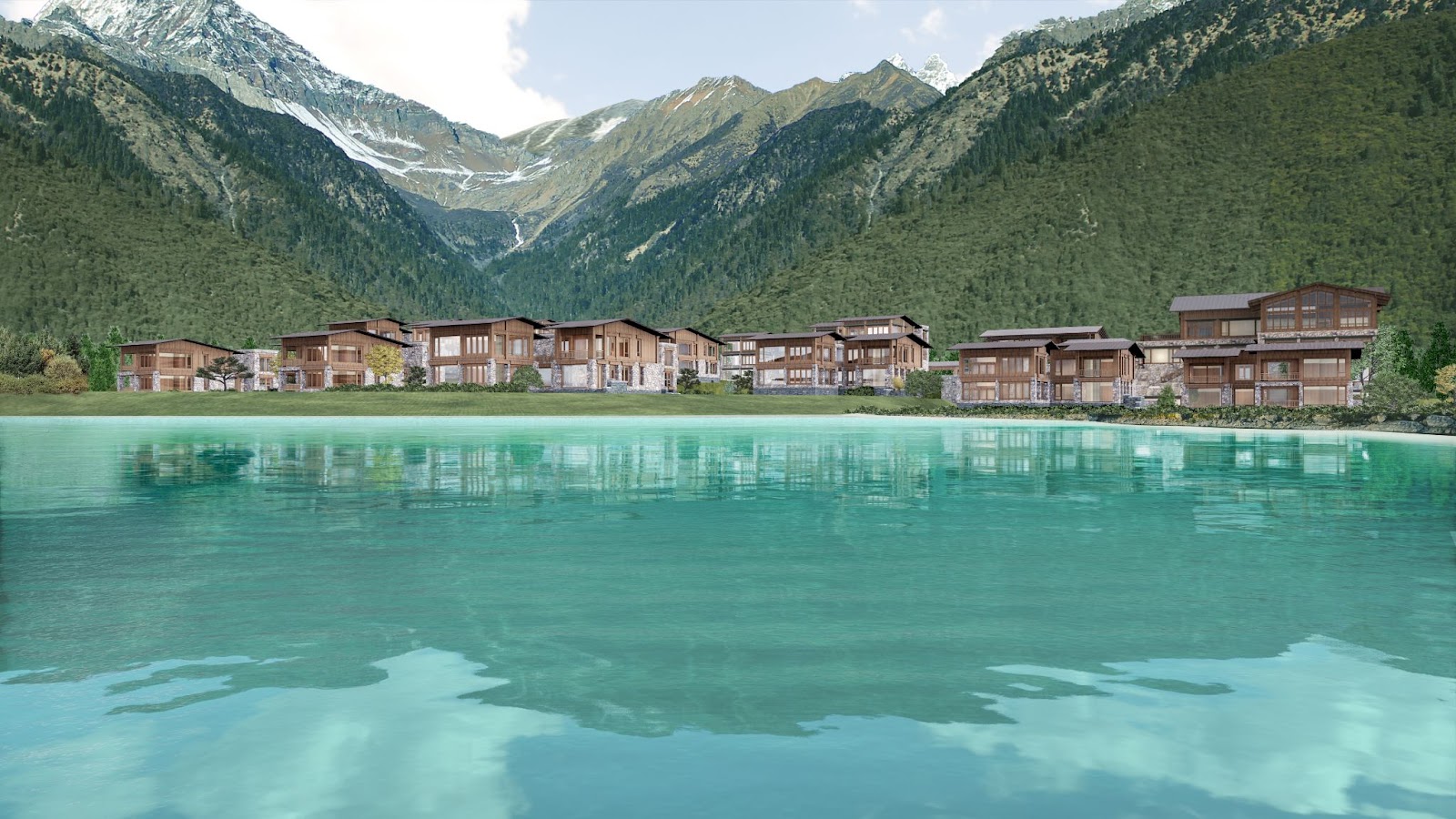 Founded in 2000 by Mr. Baima Duoji, Songtsam has always had a strong commitment to the preservation of the essence of Tibetan culture, as well as environmental conservation and sustainability by supporting the economic development of the local communities.

Mr. Baima hopes that the opening of the hotel will allow more guests to experience the beautiful Tibetan scenery, and also hope’s Songtsam’s zero-carbon implementation will serve as a model for other businesses in the area to become more sustainable.

Legend has it that Guru Padmasambhava is said to have subdued “demons” in Lake Basong Tso, and the lake has since become sacred to members of Tibetan Buddhism. Every year the lake attracts a large number of pilgrims who come to honor their Guru.

In recent years, Zhongcuo, Xincuo and other places near Lake Basong Tso, have become increasingly popular hiking destinations, topping the list of favorites of many outdoor adventure enthusiasts. As tour routes are constantly expanding to these off the beaten track areas of breathtaking natural beauty with an abundance of places to see and explore, Songtsam recognized a need for upscale accommodation to meet the growing number of travelers exploring this area. Surrounding the lake are a number of villages and Cuogao and Xincuogou, where the two snow-capped mountains of Basong Tso, “the King’s Throne” and “Burning Flame”, can be seen towering over the blue-green waters of the lake.

Songtsam (“Paradise”) is an award-winning luxury collection of hotels, resorts, and tours located in Tibet and Yunnan Provinces, China. Founded in 2000 by Mr. Baima Duoji, a former Tibetan Documentary filmmaker, Songtsam is the only collection of luxury Tibetan-style retreats within the wellness space focusing on the concept of Tibetan meditation by combining physical and spiritual healing together. The 16 unique and sustainable properties offer guests authenticity, within the context of refined design, modern amenities, and unobtrusive service in places of untouched natural beauty and cultural interest. One of the Songtsam Properties is a Virtuoso Preferred Partner and four of the Songtsam Properties are Serandipians Hotel Partners. Songstam welcomes all travelers including families with children, travelers with disabilities and is LGBTQ+ friendly.

Songtsam Tours provides guests an opportunity to curate their own experiences by combining stays at its different hotels and lodges designed to discover the region's diverse culture, rich biodiversity, incredible scenic landscapes, and unique living heritage.

Songtsam’s mission is to inspire their guests with the diverse ethnic groups and cultures of the region and to understand how the local people pursue and understand happiness, bringing Songtsam guests closer to discovering their own Shangri-La. At the same time, Songtsam has a strong commitment to sustainability and the preservation of the essence of Tibetan culture by supporting the economic development of the local communities and the environmental conservation within Tibet and Yunnan. Songtsam was on the 2018, 2019 & 2022 Condé Nast Traveler Gold List.