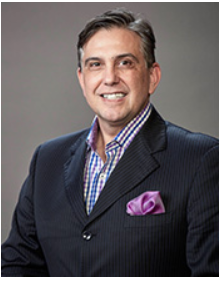 Fort Lauderdale, FL – January 20, 2020 – Sonesta Fort Lauderdale Beach today announced the appointment of Michael Medeiros as general manager. Effective immediately, Medeiros will be responsible for managing all aspects of the hotel’s day-to-day operations to ensure guests’ standards are met to the highest degree. His appointment comes as the property nears the end of a multi-year refresh, and his role will include bringing the hotel’s new vision to life.

“I am honored to have the opportunity to serve the local South Florida community and continue my Sonesta career here on Fort Lauderdale Beach,” Medeiros said. “This property is a South Florida icon that has evolved so much over the years, and we have big things in store for the year ahead, as we reveal the results of our long-anticipated renovation.  I am excited to join a team of high-caliber professionals as we create unforgettable experiences for both travelers and locals.”

Medeiros has been with Sonesta for more than 29 years, starting his career in hospitality as an assistant banquet manager at Royal Sonesta Boston. He continued with the brand at sister properties in Miami and New Orleans, taking on larger roles with each move. Medeiros was an integral part of the Royal Sonesta New Orleans team during Hurricane Katrina in 2005, helping keep the hotel open and servicing the local community.

In 2010, he returned to his native Massachusetts as general manager of the Royal Sonesta Boston. There, he led a major renovation which included updating 400 guestrooms.  As such, Medeiros’ experience makes for a smooth transition to Sonesta Fort Lauderdale Beach as the property finalizes renovations to its 240 guestrooms and suites, swimming pool area, lobby, meeting spaces and more.  In addition, he served as the Sonesta corporate food and beverage lead on all new hotel acquisitions and openings from May 2014 through 2018.

Medeiros attended the University of Massacusetts, and has gained visibility in the hospitality industry after being profiled by Hospitality Management magazine as a “General Manager to Watch” and was later awarded “General Manager of the Year” by the Massachusetts Lodging Association.