Over the last decade, social media reviews have transformed from a minor element of brand monitoring to a significant indicator of consumer perception.

The social media landscape for hospitality has changed dramatically in recent years: hotel social reviews have grown 20 times since the start of the decade, and in the last ten years, many new online review sites have emerged globally. In addition to Booking.com, TripAdvisor and Google–which account for more than 80 percent of hotel social reviews–China's largest online travel agency and review site Ctrip is now a major global player, achieving 16x growth between 2012 to 2016 and prominent in the luxury hotel market as the third biggest global website in social review volume.

The growth of social media reviews directly correlates to business revenue. Companies that monitor social reviews or other online sources for customer feedback are 15% more likely to improve customer experience in a year than companies that do not. Engaging with guests online, and understanding social media’s role as part of the guest experience, is no longer optional — it has become a business imperative.

China’s fast-growing outbound travel demand, driven by higher income per capita and the lifting of travel restrictions, increased by 4.3 percent in 2016 and resulted in more than $109 billion in spending abroad on everything from hotels and tours to shopping and dining. In a recent interview, Jane Sun, the CEO of Ctrip estimated the number of people holding a passport will double to 240 million by 2020. For a basis of comparison, nearly 140 million valid passports are in circulation in the US. This growth presents a lucrative market for hotels looking to attract Chinese travelers and positions Ctrip, which promotes itself as a resource specifically for Chinese travelers to book travel and leave reviews, as an important platform to know and understand.

The strength of a customer relationship is strongly influenced by prevailing cultural expectations around factors like authenticity, timeliness and respect. A 2017 Medallia study of 1,000 US hotel properties shows that companies may face differing customer expectations across geographical and cultural contexts. Some general themes uncovered include:

While scores and perceived experience may differ across cultures, engagement remains critical. Hotels that respond to more than 50 percent of their social reviews can improve their customer experience, social reputation and even occupancy rates. For executives and operators in global markets, understanding the rise and impact of social media reviews, the expectations of international guests, and the bottom line impact of engagement across social review channels is an essential element of successful growth. 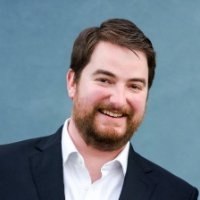 Geoffrey Ryskamp is the Global Head of Medallia's Hospitality, Travel & Leisure Practice. In this role, he leads a team that designs, enhances, and deploys enterprise solutions to support CEM objectives of Fortune 500 hospitality companies. Mr. Ryskamp has been involved in the hospitality industry for over fifteen years. Prior to joining Medallia, Mr. Ryskamp served as the Director of Asset Management for Pebblebrook Hotel Trust, was part of the Business Intelligence Group with Choice Hotels International and in the Hospitality & Leisure Advisory practice within the Investment Management & Real Estate Group of PwC. Through his career, he has worked on projects in the hotel, vacation ownership, food & beverage and gaming segments and carried out asset management, capital planning, revenue management, financial performance analysis, corporate brand benchmarking analysis, market studies and economic impact analysis. He has held management and operational roles with Hilton Worldwide, Marriott International, Starwood Hotels & Resorts, Carlson Hotels Worldwide, Dolce International and Levy Restaurants. Mr. Ryskamp graduated with Honor from the Eli Broad College of Business at Michigan State University with a B.A. in Hospitality Business and a minor in Real Estate Investment Management. He also holds a Master of Business Administration from the Robert H. Smith School of Business at the University of Maryland and currently serves on the International Alumni Executive Board for Michigan State University.