Sid will play a key strategic role at sbe, driving sbe's development pipeline, real estate investments and growth globally. He and his team will partner with owners and developers to grow sbe's footprint in key markets throughout the US, Middle East, Europe, Asia and Latin America.

Sam Nazarian, Founder and CEO of sbe, said: "After knowing Sid for several years and following his career with great interest, I'm thrilled to have him join our top team of forward-thinking individuals as we expand and diversify our business. With his strong background in complex deal structuring and real estate strategies, Sid will be an incredible addition, acting as the architect of our development strategy going forward."

"I am delighted to join sbe and its leadership team to help build on the solid foundation the company has developed in lifestyle hospitality over the years," Sid added.

With nearly 20 years as a senior business executive in hospitality real estate and brand development, Sid has held key deal making roles with Crescent Capital Ventures and Starwood Hotels and Resorts Worldwide. During his time at Starwood, Sid was one of the key architects of growth across the business and closed over 20,000 keys representing over $8 billion in real estate transactions. Additionally, he led Starwood's portfolio management function overseeing real estate strategies and dispositions. He has previously lived in Asia and Europe, and has been a frequent speaker at events held at the United Nations, Cornell Hotel School and other industry forums. He holds a Master's degree from Cornell University.

Sid joins sbe following a year of record growth, including 4 hotels, 19 restaurants, and 6 lounges. In 2018, sbe has plans to open SLS LUX Brickell, sbe's second SLS Hotel & Residences to open in the bustling Miami area along with a Katsuya and SBar (Summer 2018), and Hyde Hotel & Residences Midtown, Miami (Fall 2018). Additionally, an estimated 24 restaurants and lounges of the 60 in the current pipeline are going to be part of the new and existing hotel pipeline, further emphasizing the company's stance on offering a 360-degree experience for guests. 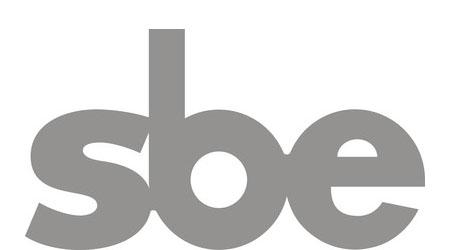 Established in 2002 by Founder and CEO Sam Nazarian, sbe is a privately-held, leading lifestyle hospitality company that develops, manages and operates award-winning hotels, residences, restaurants and nightclubs. Through exclusive partnerships with cultural visionaries, sbe is devoted to creating extraordinary experiences throughout its proprietary brands with a commitment to authenticity, sophistication, mastery and innovation. Following the acquisition of Morgans Hotel Group, the pioneer of boutique lifestyle hotels, in partnership with The Yucaipa Companies and Cain International (formerly Cain Hoy), sbe has an unparalleled global portfolio featuring 23 world-class lifestyle hotel properties in 9 attractive gateway markets and 134 global world-renowned hotel, entertainment and food & beverage outlets. The company is uniquely positioned to offer a complete lifestyle experience - from nightlife, food & beverage and entertainment to hotels and residences, and through its innovative customer loyalty and rewards program, The Code, as well as its award-winning international real estate development subsidiary, Dakota Development - all of which solidify sbe as the preeminent leader across hospitality. The company’s established and upcoming hotel brands include SLS Hotel & Residences, Delano, Mondrian, Redbury, Hyde Hotel & Residences, and Originals. In addition, sbe has the following internationally acclaimed restaurants and lounges under subsidiary Disruptive Restaurant Group: Katsuya by Chef Katsuya Uechi, Cleo by Chef Danny Elmaleh, The Bazaar by José Andrés, Fi’lia by Michael Schwartz, Leynia by Chef José Icardi, Umami Burger, Hyde Lounge, Skybar, Bond, and Privilege. More information about sbe can be obtained at sbe.com.