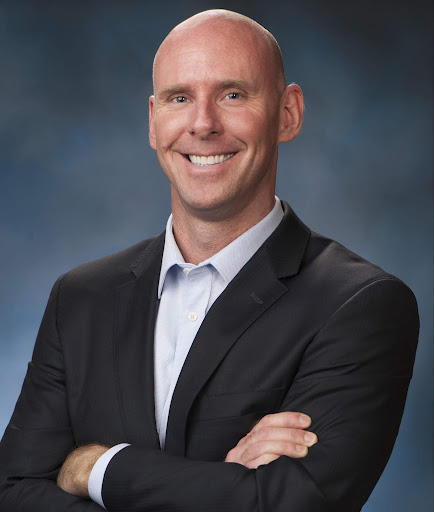 PHOENIX (May 19, 2022) – Sheraton Phoenix Downtown is pleased to announce the appointment of Richard Romane to the role of general manager of Arizona’s largest hotel located in the heart of downtown. As a seasoned hospitality professional and resort manager, Romane brings more than 25 years of experience to his new role at Sheraton Phoenix Downtown, which was recently reimagined from top-to-bottom as part of Sheraton’s worldwide transformation of its guest experience vision.

Romane is responsible for overseeing daily operations, including the hotel’s two distinctive dining concepts, Sheraton Fitness, meetings and events, and guest programming. He is skilled in leveraging market opportunities and advantages and executing diverse business strategies and impactful projects, leading to increases in revenue, profits, and guest satisfaction.

Romane’s hospitality career can be traced back to 1996 at Grand Hotel Marriott Resort in Alabama and San Antonio Marriott Rivercenter & Riverwalk Hotels as a sales coordinator and sales manager, respectively. Moving on to Denver Marriott City Center Hotel in 1999, Romane climbed the ranks from a senior sales manager to director of sales & marketing, and later resident manager. He then joined Fort Collins Marriott in 2009 as the hotel’s general manager. Prior to joining the Sheraton Phoenix Downtown team, Romane was the director of sales & marketing and resort manager of JW Marriott Phoenix Desert Ridge Resort & Spa, as well as the general manager of The Westin Michigan Avenue Chicago.

Romane has been actively involved in multiple hospitality and tourism organizations throughout his storied career, from Visit Fort Collins to the Chicagoland Chamber of Commerce and Illinois Hotel & Lodging Association. Romane earned his Bachelor of Arts degree in Liberal Arts (Concentration in Social Sciences) from Colorado State University.

Sheraton Hotels & Resorts, part of Marriott International, Inc., makes it easy for guests to feel part of something special at over 440 hotels in 70+ countries and territories around the world. As the most global brand within Marriott International’s portfolio sitting at the center of hundreds of communities around the world, Sheraton has a rich heritage in creating a sense of belonging for guests, wherever they are in the world. Sheraton Hotels & Resorts is currently undergoing a major brand transformation at properties around the world to bring its signature community experience up-to-date for the next generation of travelers. The new vision for Sheraton features intuitive design, tech-forward experiences, and upgrades to everything from guest rooms to F&B. To learn more, visit www.sheraton.com. Stay connected to Sheraton on Facebook, and @sheratonhotels on Twitter and Instagram. Sheraton is proud to participate in Marriott Bonvoy™, the global travel program from Marriott International. The program offers members an extraordinary portfolio of global brands, exclusive experiences on Marriott Bonvoy Moments, and unparalleled benefits including free nights and Elite status recognition. To enroll for free or for more information about the program, visit MarriottBonvoy.marriott.com.