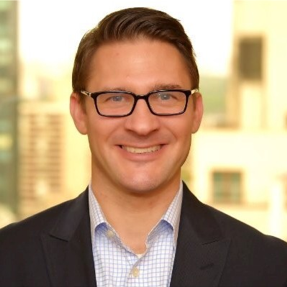 NEW YORK – (Feb. 5, 2019) – Sheraton New York Times Square, the iconic fifty-floor property on the corner of Seventh Avenue and 53rd Street in the heart of Times Square, is proud to announce the appointment of Jim Mooney as director of hotel sales.

Mooney brings to the hotel more than 24 years of hospitality experience, including 21 years in the New York market. He previously served as area director of sales and marketing for 11 Starwood properties in New York and New Jersey, as well as director of sales for Westin New York at Times Square and Millennium Broadway Hotel. He was most recently vice president of sales for Interstate Hotels & Resorts, a global hotel management company with a portfolio of 500 properties.

Outside of his career in sales, Mooney has taught graduate level hospitality courses at NYU and several classes within Starwood University’s New York City-based development program. He received his Global Business Travel Association Leadership Certificate from the Wharton School of the University of Pennsylvania.

Jim is a New Jersey native and currently a proud resident of Cranford, New Jersey along with his wife Stephanie and two boys, James and Luke. He enjoys running and cycling; especially on the beach with his fat bike.