The hospitality universe is constantly shifting and, more importantly, growing. In his opening message at RSS 2018, Duetto CEO Patrick Bosworth encouraged the hoteliers, asset managers and technologists gathered there to see opportunities for better Revenue Strategy, where others might only see obstacles.

Properties are fragmented across several different stakeholders. Hotel brands and online travel agencies are racing to consolidate their size and power. Distribution could change significantly if Google, Facebook or Amazon go from having a toe in the water to jumping into the deep end in earnest, as Airbnb has done.

“The disruption that we’ve seen is, if anything, accelerating,” Bosworth said, kicking off RSS in Washington, D.C., at the Knight Conference Center at the Newseum.

Previously, the hotel distribution conversation focused exclusively on gains the OTAs made at hotels’ expense, he said. But more recently, the sentiment has started to shift, he said, citing the buzz at the NYU Investment Conference and HITEC about the latest moves by Google, Facebook and Amazon in the travel space.

“What’s clear is that everyone’s competing to create value for the consumer,” Bosworth said. “That trend is unlikely to change. We have new potential gatekeepers in the market, and the costs of distribution will continue to be under pressure.”

And yet, there are real reasons for optimism, he said.

“To this point, hoteliers have been so far behind on being able to create value, particularly in online channels, that they’ve focused on channels that they still control,” he said.

Many hotels have maintained their base business with frequent business travelers through negotiated contracts, meetings and especially loyalty programs.

Conversely, strategies for growing transient revenue and occupancy have eroded, and OTAs took advantage in order to grow their businesses. That’s definitely a problem, Bosworth said, but it’s also low-hanging fruit for hoteliers with the right mind-set.

“I think there’s actually an opportunity today, where a lot of the intermediaries have become large enough to the point where now the game is being played on their turf,” he said. “As new big entrants come in, they’re competing for those same customers. It’s no longer a duopoly, and hotels have an ability to leverage data and new technology, to be able to compete for those customers while also continuing to protect their own core.”

Hotels may own the inventory and the data that makes the difference, but it’s still really hard to change, said Andrew Rubinacci, President of AMR Hospitality Consulting. Brands, owners and asset managers might focus on the current environment and forecast how that might look next year in a static environment.

But hospitality is never static, and if properties allow their strategies to stagnate, they lose. As he kicked off his “Reordering the Hospitality Universe” panel at RSS, Rubinacci pointed out that companies recognize the need to change or evolve, but they’re unwilling to sacrifice their STAR Report goals or revenue targets in the short term.

“Typically, if you do something differently, there’s a gap,” Rubinacci said. “You drop revenues up front, and that’s what ends up killing us all.”

Avoiding that “dip” instead of managing through it is the reason businesses fail, he added. That won’t help the hotel industry confront several challenges likely to intensify in the near term, he said, including:

Will disruption always hurt hotels? Or will it drive needed change that benefits the industry as a whole? As always, it depends, agreed three executives on Rubinacci’s panel.

“At the end of the day, a disruptor is really an innovator,” said Alexander Pyhan, Marriott International’s VP of Distribution – OTA, Meta and Wholesale. “When you use the example of Uber, they have addressed a consumer need before the consumer even knew they had it. That’s why Uber is very successful.”

While Marriott keeps watch on giant tech companies’ forays into travel, it also tries to think about its business differently, Pyhan said. He noted that Marriott and Alibaba have a joint-venture partnership to leverage their “ecosystems” of customers and inventory for mutual advantage.

“For all the concerns we have about the transient distribution landscape, it’s enabled independent hotels to reach customers and thrive where otherwise it would be impossible,” said Brian Berry, Senior VP of Sales and Data Analytics for Cvent. “Occupancy levels that we currently run as an industry are unprecedented. Some of it is the better revenue management systems and capabilities we have, but a lot of it is the distribution landscape.”

Ash Kapur, Chief Revenue Officer for Starwood Capital Group, agreed that competition with and among OTAs has been positive for companies outside the major lodging brands.

“I think [this disruption] is a positive, if I were to speak on behalf of hotel ownership companies,” Kapur said. “It creates more options for hotels from a distribution standpoint. … It also gives me optionality if I’m a small hotel in a brilliant location with a lot of demand. Do I really need to incur all these brand costs, and should I be flagging it?”

He added that hotels aren’t the only companies needing to respond to lodging industry threats. Disruption causes the OTAs to compete for more partners and find independents or smaller properties, benefiting asset managers and hotel owners.

“The consumer wants a high-quality product that’s very dependable, but in today’s environment the consumer would also like to see a seamless guest experience aided by technology,” Pyhan said. “They want a local, authentic experience. That’s where the brands have to evolve. Not only from a hotel perspective, but also from a transactional perspective, engaging the consumer from the research phase, through the booking phase, all the way to the stay and after.”

That will require legacy hotel brands and independent properties to pick what they do well and always deliver on those promises, Kapur said. 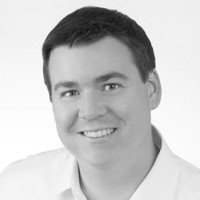 Mark joined Duetto in January 2016 from market research firm Technomic, where he began his content marketing career after nearly a decade as a business-to-business journalist covering the restaurant industry. As assistant director of content, he helps steer the creation and promotion of all Duetto's content across its blog, video and social-media platforms, as well as sales collateral and internal communications.