Also reporting significant month-over-month improvement in the region, Rio posted a June GOPPAR of US$31.50. That level was 145% of the pre-pandemic comparable. Meanwhile, Lima’s GOPPAR was just 31% of the 2019 comparable, up from negative territory in May. 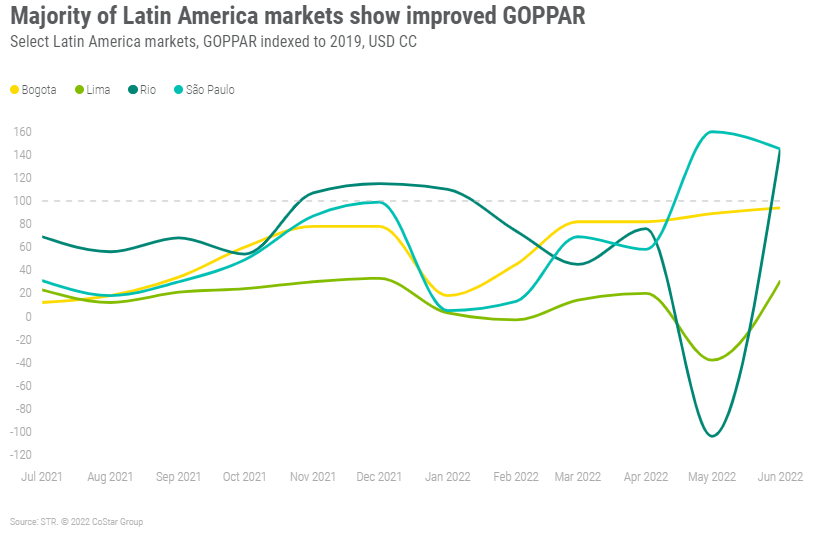