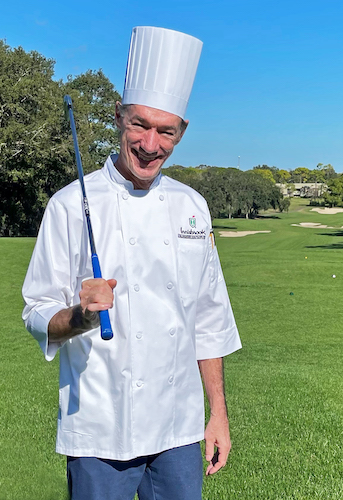 TAMPA BAY, FL – January 14, 2022 – Salamander Hotels & Resorts has appointed William Ryan as the new executive chef at Innisbrook Resort in Tampa Bay. With more than 30 years of experience, Ryan will oversee the resort’s restaurants and bars – including Packard’s Steakhouse and Market Salamander Grille – as well as food and beverage offerings for on-site meetings, catered events and special functions.

“We are thrilled to have Chef Ryan join our team,” said Mike Williams, managing director at Innisbrook, A Salamander Resort. “He is passionate about his role, and we know he will lead our culinary team to further strive for dining and service excellence.”

Born in Ohio and raised in Michigan, Ryan discovered his love for cooking at the age of 16 while working at a local Greek restaurant. Throughout his career, he has served in various positions – from pastry chef to preparing high-volume meals for up to 4,000 guests.

Drawing on inspiration from his experience across the United States and the Caribbean, he was named 2019 Chef of the Year by the Florida Restaurant & Lodging Association, and 2018 Taste of the Islands People’s Choice award winner. He has also been awarded several medals from the Culinary Federation, cooked for the past two Presidents of the United States and has contributed to numerous award-winning cookbooks. In his spare time, Ryan enjoys playing golf and fishing on his boat, and spending time with wife, Ghislaine.

For more information on Innisbrook and its dining experiences, please visit www.innisbrookgolfresort.com. 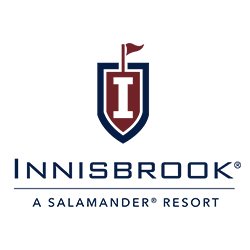 Salamander Hotels & Resorts delivers comfortable and immersive experiences which enrich the lives of its guests. The company is privately owned and operated, and based in Middleburg, VA, just outside Washington, D.C. Founded by entrepreneur Sheila Johnson in 2005, it has a luxury portfolio featuring the Forbes Five-Star Salamander Resort & Spa in Middleburg, a 340-acre equestrian-inspired property near Washington, D.C.; Half Moon, the storied resort in Montego Bay, Jamaica, which features three distinct experiences including the newly opened Eclipse; starting on May 1, 2022, Aspen Meadows Resort, a 98-room iconic destination property located on 40 sweeping acres in Aspen, CO; The Henderson, a 170-room grand beach resort in Destin, FL; Hotel Bennett, a spectacular 179-room hotel in Charleston, SC, overlooking the city’s historic Marion Square; and Innisbrook Resort in Tampa Bay, which hosts the PGA TOUR’s Valspar Championship each year on its famed Copperhead Course. For additional information visit www.SalamanderHotels.com.