CHICAGO (August 2022) – Sable at Navy Pier, a Curio Collection by Hilton developed by Maverick Hotels & Restaurants has already seen great success since opening in March of 2021. Within the first year of operation, Sable has been recognized for various awards including 10 Best’s Readers’ Choice Travel Awards and Top 10 Hotels in Chicago by USA Today. To continue catapulting this high-end oasis into one of the best hotels – not only in the City, but in the country – the team now officially announces the appointment of Randy Romero to lead as General Manager. With over 25 years of experience in the Chicago market, including 15+ years with the Hilton brand supporting hundreds of properties spanning the East and West coasts, Romero will now take on this pivotal role at the first and only hotel on the City’s iconic Navy Pier.

“Romero has a resume to his credit that is as impressive as it is robust,” said Bob Habeeb, Founder and CEO of Maverick. “He is one of those exceptional leaders that you just know loves what he does. We feel truly grateful to have him aboard and look forward to leveraging his experience and forward-thinking to propel us into new waves of success at Sable.”

Romero’s passion for hospitality spans over three decades and hundreds of Hilton properties covering California and New York, to Canada and even Tanzania. Originally from California, Romero started his career by chance, having attended Cypress College to study Human Services. Always intrigued by people and human connection, Romero found himself at a brand-new Hilton in Anaheim, California. He worked as a Guest Services Agent and quickly moved up to Front Office Supervisor, before going on to lead front offices at renowned hotels like The Beverly Hilton in Beverly Hills, Hilton Chicago, and the Waldorf Astoria in New York. During this time, Romero was also one of the original pioneers to be involved in the launch of Hilton Honors, where he helped work through some of the very first initiatives that have since grown exponentially into the worldwide programs they are today. From there, Romero went on to receive his first Regional Director role where he oversaw a large portfolio of Hilton’s full-service hotels. Most recently, he served as General Manager of the Hilton Los Angeles/Universal City, where he was responsible for the overall operation of the prominent 495-room property nestled in the Hollywood Hills at the entrance of major motion picture and television studios.

Within his new role at Sable, Romero will lead the team with positivity, nurturing a culture where employees feel confident in the work they do by offering them the support they need to thrive. Romero aims to ensure an appropriate work/life balance for his team, calling it one of his top priorities for the property. “Crafting an exceptional hotel experience requires an exceptional team, and a team like that is worth investing in,” he says. As a Curio Collection by Hilton, Sable has its own personality and flavor – something Romero hopes to take to a whole new level. By investing in unique experiences for travelers and a positive work environment for team members, his goal is to create both long-lasting guests and employees.

“I am honored and ready to take on this exciting role amongst great company within the Maverick team,” stated Randy Romero. “Sable is unlike anything else in the City, and I look forward to working with this talented group of individuals to create truly one-of-a-kind experiences that patrons travelling from near and far will remember forever.”

Back by popular demand, Sable is offering their weekly Firework Packages on Wednesdays and Saturdays through the 2022 season. Also available for a limited time is their Wave-Making Upgrades package, which includes a complimentary upgrade to one of the hotel’s corner king guestrooms (valid Sunday through Wednesday, based on availability). To learn more about Sable at Navy Pier, including their latest packages and offerings, visit www.sablehotel.com.

About Sable at Navy Pier, Curio Collection by Hilton

Perched astride one of Chicago’s most beloved and iconic destinations, Sable at Navy Pier, Curio Collection by Hilton, is poised to become one of the City’s most iconic hotels. Bringing together world-class accommodations and spectacular city and Lake Michigan views, the property offers patrons 223 guest room and suite options which feature floor to ceiling windows that allow for unbeatable views in every room, along with corner room upgrades, serenity beds, and spacious living room areas, plus over 44,150 square feet of corporate, banquet, and restaurant event space, as well as on-site dining concepts including the world’s largest rooftop restaurant & bar recognized by Guinness Book of Records, Offshore Rooftop. With walking proximities to The Navy Pier Fireworks, the Children’s Museum, and Chicago Shakespeare Theater, Sable at Navy Pier will serve patrons in need of a staycation option, as well as those traveling in and out of town for business, leisure, and upcoming events as they begin to appear. 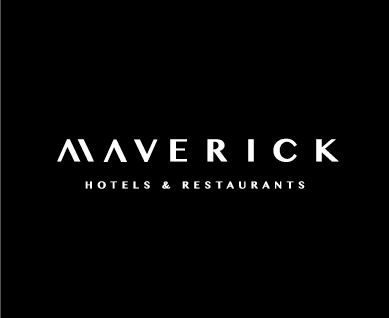 Headquartered in Chicago and Boston, Maverick Hotels & Restaurants is a national developer and operator of distinctive hotel, resort and dining properties, focused on impeccable operations, understanding the unique needs of owners and unparalleled appeal to consumers. The firm’s portfolio and development pipeline include the now under construction Sable at Navy Pier, Curio Hotel by Hilton, which features the world’s largest rooftop bar. Company Founder & CEO Robert J. Habeeb, CHA and President Robin Kirk have more than 60 years combined institutional and entrepreneurial experience in the hotel industry, including in development, investment and operations.