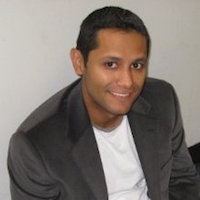 LAS VEGAS, Dec. 22, 2016 — Caesars Entertainment Corporation (Nasdaq: CZR) ("Caesars Entertainment" or "Caesars" or "Company") today announced that Ruben Sigala has been appointed Chief Marketing Officer (CMO), effective immediately, concluding an internal and external search. Sigala had been serving as the company's interim CMO since the end of May 2016, and the CMO appointment is subject to regulatory approval.

Mark Frissora, Caesars Entertainment's President and Chief Executive Officer, said: "During his 11-year career with the company, Ruben Sigala has led Analytics, Pricing, Yield and Revenue Management functions, and launched customer segmentation, big data and performance management platforms which have played key roles in our recent operational accomplishments. As interim CMO, Ruben has demonstrated the critical leadership and executions skills necessary to lead our marketing teams' pivotal role in our long-term success, and to collaborate effectively with our property and corporate leadership teams as we prepare to emerge from the CEOC bankruptcy process."

Sigala joined Caesars in 2005 and was the company's Chief Analytics Officer immediately prior to being named Interim CMO. Prior to joining the company, he worked in the cruise line industry and as a Consultant in Ernst & Young's National Cash Management Practice. Sigala is a graduate of the University of Kansas, where he earned a Rhodes Scholarship nomination. He has an MBA from Harvard Business School.

Caesars Entertainment Corporation (CEC) is the world's most diversified casino-entertainment provider and the most geographically diverse U.S. casino-entertainment company. CEC is mainly comprised of the following three entities: the majority owned operating subsidiary Caesars Entertainment Operating Company, wholly owned Caesars Entertainment Resort Properties and Caesars Growth Properties, in which we hold a variable economic interest. Since its beginning in Reno, Nevada, 75 years ago, CEC has grown through development of new resorts, expansions and acquisitions and its portfolio of subsidiaries now operate 50 casinos in 13 U.S. states and five countries. The Company's affiliated resorts operate primarily under the Caesars®, Harrah's® and Horseshoe® brand names. CEC's portfolio also includes the London Clubs International family of casinos. CEC is focused on building loyalty and value with its guests through a unique combination of great service, excellent products, unsurpassed distribution, operational excellence and technology leadership. The Company is committed to environmental sustainability and energy conservation and recognizes the importance of being a responsible steward of the environment.