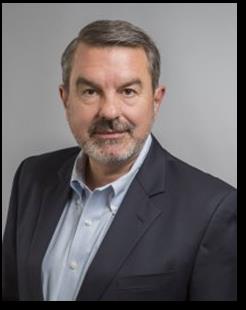 “Robin had an incredible last year – doubling the number of properties under management. We are extraordinarily lucky to have him directing Scout with his vision and forward thinking approach that has been vital to the company’s growth” said Alan Worden, Scout’s founder.

Kirk, who previously served as president, joined Scout Hotel & Resort Management in 2011. Throughout his 30-year career, he has managed portfolios of both branded and independent hotels across North America, including work at both the corporate and divisional levels of several renowned hospitality companies.

Prior to Scout, Robin was divisional vice president for Sage Hospitality Resources, president of CSM Lodging, and executive vice president at MeriStar Hotels and Resorts. In addition to Robin’s experience at a corporate level, he also served as general manager of several significant hotels and resorts, including The Hotel Hershey and The Philadelphia Hilton and Towers. A native of England, Robin graduated from the University of York in England with a BA with honors in economics and politics.

Scout Hotel & Resort Management, the hospitality management division of Scout Real Estate Capital LLC, is a full-service, independent hotel and resort management company with a track record of success in operating in seasonal resort markets and helping properties fulfill their potential. Offering a full range of services in hotel, resort, residential and land assets, Scout provides expertise in acquisition and finance, development and construction, management and operations, and sales and marketing. Its growing portfolio includes Harbor View Hotel and Kelley House on Martha's Vineyard, Sea Crest Beach Hotel and Cape Wind Waterfront Resort on Cape Cod, and Harborview Nantucket and The Westmoor Club on Nantucket, as well as Plantation on Crystal River in Florida. The company's corporate office is located at 34 Maravista Extension, Teaticket, MA. For more information, visit www.scouthotels.com.