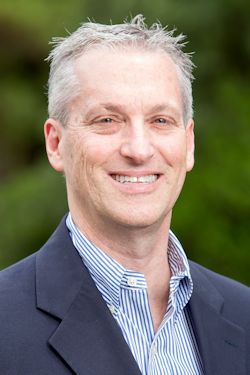 The Woodlands (Houston), Texas, August 2016 … The newly merged Benchmark Resorts & Hotels and Gemstone Hotels & Resorts, recognized global leaders in the management and marketing of resorts, hotels and conference centers, have named Robert Schneider, CRME, regional director of revenue management for a portion of the group’s Florida cluster. Mr. Schneider will be based at The Grove Resort & Spa – the 878 room all-suite hotel opening January 9, 2017, just minutes from Walt Disney World® Resort. He will have additional responsibility with Marenas Beach Resort in Sunny Isles Beach and the Villas of Grand Cypress, also in Orlando. Bill Lee, The Grove’s general manager, made the announcement.

“It is with great pleasure that we welcome Robert to both our resort and regional team,” said Mr. Lee. “He is a seasoned hotel executive who has extensive experience within and a keen understanding of our market, as well as a strong background in maximizing revenue opportunities.”

Mr. Schneider is a veteran of the hospitality industry with nearly three decades of leadership experience. As the regional director of revenue management, he will orchestrate overall pricing and selling strategy for The Grove, Marenas Beach Resort, and Villas of Grand Cypress, specifically establishing and maintaining effective and rationale pricing strategies for rooms and function space. Mr. Schneider will also be instrumental in the development, implementation, and monitoring of all profit and cost centers by assigning benchmarks against the company standard.

About The Grove Resort & Spa

The Grove Resort & Spa will open in Orlando, Florida on January 9, 2017 as an expansive 106-acre hotel destination located just minutes from the west entrance of Walt Disney World®. Set on Lake Austin and amid a portion of Central Florida's conservation grounds, The Grove will become a sanctuary from the boisterous pace of the outside world, neighboring theme parks, luxury shopping, and entertainment centers. 878 two and three bedroom residential-style suites with full kitchens, full-size washers and dryers, multiple bathrooms, and screened patios will offer guests the comforts of home, while the resort's hearty collection of amenities will deliver the luxuries of a full-service resort. Four swimming pools and the Surfari Water Park will be a focal point of The Grove experience, with its interactive water structure with multiple slides, a lazy river stretching more than 725 feet, and the first surf simulator at any Orlando hotel. Guests will also enjoy a selection of watersports at the resort's lakeside dock, an intimate spa, fitness center, and a children's game room. Dining options will include the indoor/outdoor Valencia restaurant, Longboard Bar & Grill and Springs Bar & Grill at the pool areas, with additional food options available at the large scale grab-and-go. 6,000 square feet of flexible space will be available for weddings, family reunions, and other meetings and special events. The Grove Resort & Spa is managed by Houston, Texas-based Benchmark Hospitality International. For more information, please visit www.GroveResortOrlando.com.  Follow The Grove via Facebook.com/thegroveresortorlando and on Twitter and Instagram at @thegroveresort.

Benchmark Resorts & Hotels and Gemstone Hotels & Resorts represent the finest in preferred lodging, food and beverage, recreational, meeting and event accommodations throughout the United States and globally.  The recent merger of these two distinguished companies has created an extraordinary hotel collection with 58 unique and distinctive properties domestically and internationally, including 8000 guestrooms and 10,000 staff members passionately committed to delivering the industry’s most vibrant, experiential and memory-making portfolio.  Many properties are certified as delivering exceptional meeting experiences by IACC, the association that represents the best meeting venues in the world and have also been recognized with the Benchmark Conference Centers® mark of meeting excellence.  The  company is based in The Woodlands (Houston), Texas, and has regional offices in  Park City, Utah; Miami, Florida; New Brunswick, New Jersey; Seattle Washington; and Tokyo, Japan.  www.benchmarkresortsandhotels.com  www.gemstoneresorts.com .