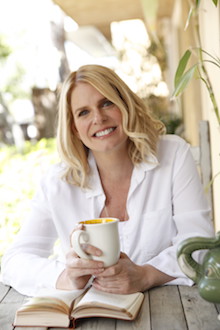 DENVER, CO. January 16, 2019 – RLH Corporation (NYSE:RLH) announced today the appointment of Julie Shiflett as its Executive Vice President, Chief Financial Officer and Treasurer effective immediately. Ms. Shiflett returns to RLH after having been its Chief Financial Officer from 2010 to December 2014. Ms. Shiflett will be responsible for overseeing all financial aspects of the Company, including financial planning and analysis, accounting and reporting as well as managing the tax, internal audit, treasury and investor relations functions.

As Principal of NorthWest CFO, an outsourced financial expert consultancy, Ms. Shiflett spent numerous years since December 2014 working with RLH Corporation as a financial consultant providing support as the Company executed various strategic initiatives including debt and equity capital raises and strategic platform acquisitions including the Americas Best Value Inn and Knights Inn brands. She also executed the divestiture of the company’s entertainment and ticketing businesses as well as the Company’s hotels. In addition to her history with RLH, Julie serves on the Board of Directors of Northwest Farm Credit Services. Ms. Shiflett began her professional career at with Coopers & Lybrand in 1986 and has held high level financial positions in a variety of industries. In addition to her tenure as CFO of Red Lion, Ms. Shiflett was CFO of Signature Genomic Laboratories (acquired by Perkin Elmer) from 2009 to 2010, VP of Finance and Administration of Columbia Paint and Coatings, Co. (which was acquired by Sherwin Williams) from 2006 to 2009 and CFO of Riley Creek Lumber Company from 2001 to 2006.

Greg Mount, Chief Executive Officer of RLH stated, “We are pleased to have Julie officially return to RLH as our Chief Financial Officer. The board has determined that the best candidate for the Company at this stage of our evolution is a person with a deep understanding of our past, combined with a thorough and practicable understanding of our commitment to growth via the asset light franchise model. Julie also brings valuable governance and best practice perspective as a consequence of extensive board service. Julie is passionate about RLH, and knows the team extremely well given her continued engagement with RLH over the last several years as a financial consultant to the Company.

“I am honored and excited to officially return to RLH Corporation as its Chief Financial Officer”, said Julie Shiflett. “I have worked closely with the Board, Greg Mount, and the financial reporting team at RLH over the last four years and have been intimately involved with the Company’s strategic initiatives. I share the team’s passion for RLH’s mission and look forward to being an integral part of the team as we continue to move RLH to the next level.”