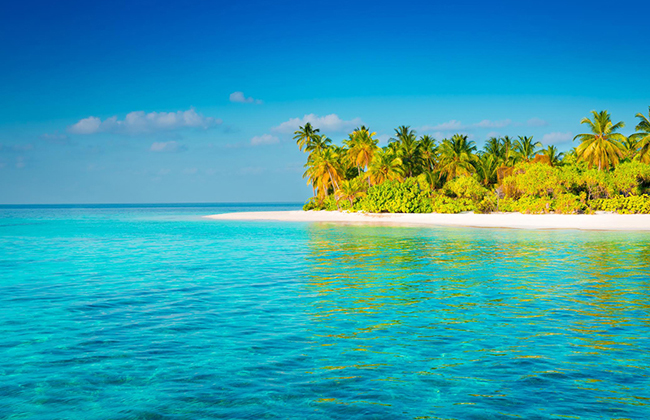 Palma de Mallorca, October 29, 2015 – RIU Hotels & Resorts has embarked on a new project which will make it the first Spanish hotel chain with a presence in the Maldives. RIU purchased the islets of Kedhigandu and Maafushi which will contain two hotels, a Riu Palace with 174 rooms and a Riu Classic with 248 rooms. The project is currently in the design phase and the hotels are scheduled to open in 2018. RIU's new project will serve as a platform for its future growth in Asia, set to officially kick off in July 2016 with the opening of the Riu hotel Sri Lanka.

Located in the Indian Ocean, south of India and 780 kilometers from Colombo, Sri Lanka's capital, the Maldives are made up of around 1,200 islands of which only 203 are inhabited. The country is organized into 26 atolls (groups of islands) and RIU's two islets are located in the Dhaalu atoll. The closest main island (inhabited and with services) is Kudahuvadho.

In order to bring its brand to the Maldives, RIU faces an enormous challenge since communication between islands is very complex and infrastructure and services are non-existent. Construction will be unlike any other project previously carried out by the chain, while the investment necessary will also be significant. Between the land and construction, RIU calculates that it will be close to 140 million euros.

The results will also be unlike any of the chain's current hotels. The water surrounding the islets is quite shallow, creating a gamut of turquoise blue the beauty of which is striking. This, in addition to the unique nature of the construction, which will include small seaside structures which will have direct access either to the beach or to the sea by way of a stairway from the room's terrace.

Both sides of the walkway joining the two islets will also have rooms built directly on top of the water. These will belong to the Riu Palace hotel and will be the most luxurious, with private pools and bathtubs on the terraces which will have direct access to the water.

The international RIU chain was founded in Mallorca by the Riu family in 1953 as a small holiday firm and is still owned by the family's third generation. The company specialises in holiday resorts and over 70% of its establishments offer its acclaimed All Inclusive by RIU service. With the inauguration of its first city hotel in 2010, RIU is expanding its range of products with its own line of city hotels called Riu Plaza. RIU Hotels & Resorts now has more than 100 hotels in 19 countries which welcome over 4 million guests a year and provide jobs for a total of 27,813 employees. RIU is currently the world's 30th ranked chain, one of the Caribbean's most popular, the largest in Spain in terms of revenue and the third largest in number of rooms.