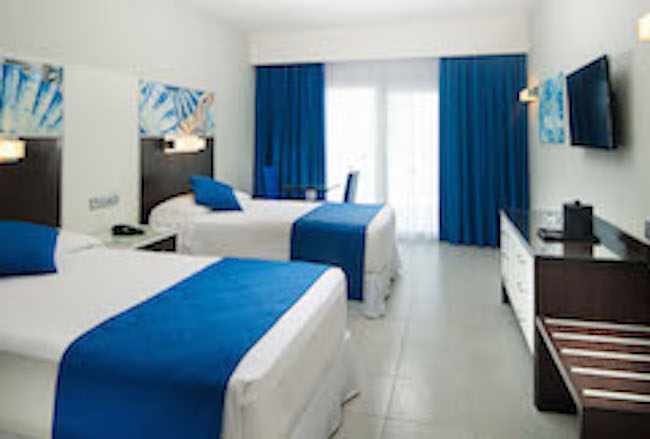 RIU Hotels & Resorts opened this weekend the Riu Reggae, an exclusive 5-star hotel with 24-hour All Inclusive service and reserved for guests over the age of 18. This will be the third RIU hotel in Montego Bay, the sixth in Jamaica and the second 'Adults Only'. With this opening, RIU celebrates its 15th anniversary in the country, a destination where it debuted in 2001 with the opening of the Riu Palace Tropical Bay in Negril.

The Riu Reggae has 454 rooms fully equipped and decorated in a fresh, contemporary style. For the rooms – which include doubles, family rooms with two bedrooms and two baths, and suites with lounge areas and hydromassage bathtubs – RIU has opted for clean lines and warm colours. All the rooms have air conditioning, minibars and liquor dispensers, 42" flatscreen TVs, and free WiFi. Plus, and thank to the exclusive services of RIU's 'Adults Only' hotels, guests will enjoy bathrobes, concierge service, a special wine list, and a champagne welcome at check-in.

In terms of gastronomy, guests will be able to enjoy wide variety in its five restaurants. In addition to the main restaurant, Ackee, which offers a grand buffet of international cuisine, the hotel has Bamboo, the Italian Dolce Vita, Kulinarium, which serves contemporary Caribbean cuisine, and the Steakhouse. To make their stay even more special, guests can make an advance reservation for a romantic dinner on the beach if they wish. The new hotel also has four bars, two of them aquatic.

When it comes to leisure, the hotel's own facilities offer guests the possibility of choosing from a wide range of games and sports, as well as aquatic activities. The hotel has three infinity pools and a "Renova Spa", which includes a steam bath and jacuzzi as well as different beauty and wellness treatments. At night, the RIU entertainment programme offers up live music and different shows. And in the Pacha discotheque at the Riu Montego Bay, located just metres away, guests will be able to enjoy the most exciting nightlife.

RIU Hotels & Resorts has invested $60 million in the construction of this hotel and with its opening is celebrating its 15 years in Jamaica. The chain’s first bet on this island in 2001, making it the first Spanish hotel chain to invest in the island. It made its début with the Riu Tropical Bay in the Negril zone, a hotel that in 2008 underwent a renovation and was upgraded to the Riu Palace category. Fifteen years later, with the opening of the Riu Reggae, RIU is expanding its range and now offers six hotels, located in Negril (2), Ocho Ríos (1) and Montego Bay (3), which represent a total of 3,116 rooms.

The international RIU chain was founded in Mallorca by the Riu family in 1953 as a small holiday firm and is still owned by the family's third generation. The company specialises in holiday resorts and over 70% of its establishments offer its acclaimed All Inclusive by RIU service. With the inauguration of its first city hotel in 2010, RIU is expanding its range of products with its own line of city hotels called Riu Plaza. RIU Hotels & Resorts now has more than 100 hotels in 18 countries which welcome over 4 million guests a year and provide jobs for a total of 27,268 employees. RIU is currently the world's 29th ranked chain, one of the Caribbean's most popular, the largest in Spain in terms of revenue and the third largest in number of rooms.