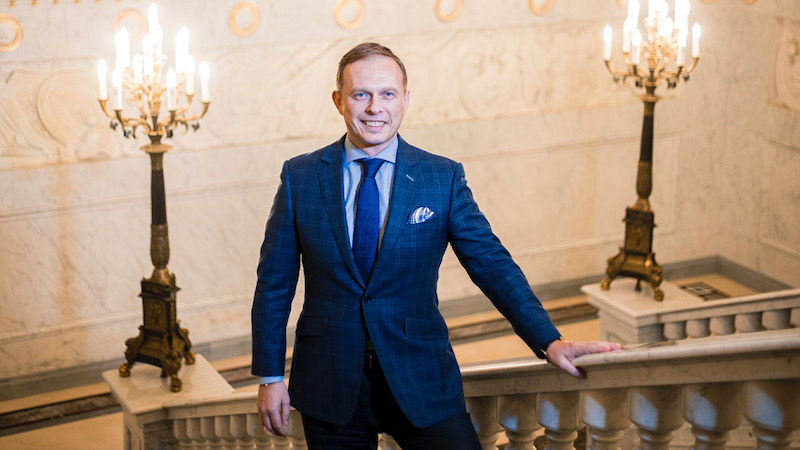 Richard’s career in hospitality started with Four Seasons back in 1998, and the very first hotel was Four Seasons Hotel Los Angeles at Beverly Hills. But inspiration for this step appeared in childhood years during summer holidays in one of the most picturesque fjords, listed as a UNESCO World Heritage Site. The tiny village of Geiranger, where almost the entire population is engaged in tourism, always attracted many cruise ships where Richard had the opportunity to work as a tour guide.

“What kid wouldn’t want a chance to captain a cruise ship wearing a crisp uniform while knowing the ins and outs of the ship, greeting guests by the name or best of all: hosting the forever-attractive captain’s table during a gala reception? The glimpse of these luxurious ‘floating hotels’ was extremely appealing to me and I knew that in Geiranger my future career has been decided,” says Richard.

And now, returning to what has become one of the best hotels in Europe as General Manager, Richard is confident that all his past experience, and the team – many of them there since he opened the Hotel – will help to create a hotel experience like no other and preserve the value of St. Petersburg as an impeccable tourist destination. “I believe you can build the most breath-taking place in the world, but it always takes the people and their craftsmanship to make any dreams come true. Lifetime memories can only be created by our employees, experienced people, of whose hard work and dedication we are exceptionally proud of at Four Seasons.”

Born in Sweden, Richard is fluent in Norwegian, English and German. And when not running the show in Lion Palace, the passion pours towards football – the city’s Champion FC Zenit would have one more fan in the upcoming seasons.