January 24, 2018, Los Angeles, CA – Today at the Americas Lodging Investment Summit (ALIS) held at the JW Marriott & Microsoft Theater in Los Angeles, Kalibri Labs previewed their latest study that encompasses the groups and meetings market segment of the hotel industry. This in-depth look at a critical component of the hotel business mix provides key metrics that reveal the increased intermediation the groups and meetings segment has been experiencing and where it is expected to go next.

The full report will be released in the coming weeks, but the preview contained five key takeaways uncovering the size, process and costs associated with groups and meeting business.

The report highlights that groups and meetings business in the U.S. represents approximately $300B with about $140B spent in hotels. Of this $140B in hotel spend, about $30B represents room revenue with F&B, ground transportation, AV and other ancillary requirements making up the balance.

The report also reveals that groups and meetings business is about 15% of total U.S. room nights across the full spectrum of hotel segments. Full service hotels at the higher end of the rate range (those over $220 published rates) have 30-35% of their room nights generated by groups and meetings business. Small meetings, defined as requiring under 100 rooms on the peak night, make up almost three-fourths of the meetings in the U.S., however this represents just over one-fourth of the meetings revenue (28%). The balance of revenue is split between meetings requiring between 100-499 rooms (33%) and those over 500 rooms (39%).

What’s more, the study discloses the complexity of the groups & meetings ecosystem which entails a complex process from the point at which an event is contemplated through to its execution. There are many intermediaries involved at various points in the value chain which adds to the process’ fragmentation and ultimately to its costs. The cost of customer acquisition has risen dramatically over the last 5 years as the proportion of intermediated events has increased, equating to over $4B in costs and expected to reach close to $8-10B by 2022.

The report also reveals that the automation of the groups & meetings sourcing, booking and execution process has been underway for over five years and is accelerating. Cindy Estis Green, CEO and Co-founder of Kalibri Labs, says that “With this renewed attention, the next 2-3 years appear to be an inflection point in the way the groups & meetings process will evolve. Operators with hotels of all sizes should pay heed to these business patterns as they are likely to affect all events from sports tournaments to weddings and family reunions as well as corporate board meetings, product launches, incentive trips and large- scale trade shows.”

Most notable is that the study exposes the cost of intermediation is rising for the hotel industry's group business. Based on 2017 group rooms revenue of $30B industry-wide, the cost of intermediary commissions alone was estimated at $1.3B. This is based on 43% of group rooms revenue being intermediated at a commission rate of 10%. This does not include all other aspects of the ecosystem that may involve eChannel advertising, group block reservation processing and other technology related costs increasing the total to closer to $3.4-$4B. The total costs can reach upwards of 35% for a single booking in a hotel today.

The groups & meetings segment has historically been one that has operated in a considerably manual fashion with significant friction, but with heavy investment in developing web-based consumer booking tools that smooth elements of the process, the time is ripe for progress in this important market segment. As group booking intermediation evolves further into a combination of third-party planners and third-party technology the rate of intermediation will grow. More data, details and insights on this market will be available when the Special Report is fully released in early February. 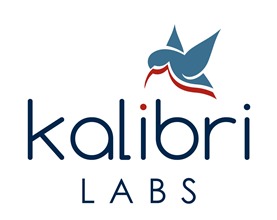 Kalibri Labs evaluates and predicts revenue performance in the digital marketplace with its next-generation hotel benchmarking platform and analytical reports. The Kalibri Labs database, updated monthly, is comprised of guest stay records, including cost of sales and detailed source of business information, from over 30,000 hotels dating back more than 5 years to give an expansive view of the U.S. hotel industry.? ?