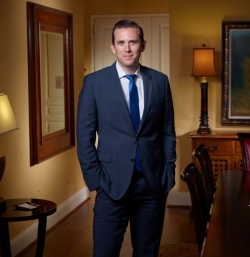 Dallas (December 2, 2019) – With the November 6, 2019 acquisition of Remington Hotels (“Remington”) by Ashford Inc. (NYSE American: AINC), Remington is making several, significant, strategic enhancements to its organizational structure, including the promotion of several key leaders and the expansion of its executive team, to support its eagerly anticipated growth into the third-party management space.  The following promotions and recent and future hires, include:

In addition to the above, Remington Hotels is also expanding its senior leadership team by hiring an SVP, Operations; SVP, Business Development; VP, Food & Beverage Strategy and Execution; and a VP, Engineering.

Says Monty Bennett, Founder, Chairman, & Chief Executive Officer of Ashford, Inc., “I am excited to begin this journey with Ashford, Inc. as the new owner of Remington.  And, I am thrilled to hand over leadership of the company to Sloan Dean as Chief Executive Officer & President.  Sloan has done a fantastic job guiding Remington forward as Chief Operating Officer over the past two years, implementing numerous operational enhancements, continuing to outperform the market, and shifting the company’s culture to be more engaging and empowering of its associates.  Sloan is an emerging talent in the hospitality industry, and I’m thrilled to have him as the leader of Remington going forward.”

From Sloan Dean, Chief Executive Officer & President, “Remington is the place where passionate people thrive, and I’m excited to get to lead that passion forward in 2020.  Also, with recent industry consolidation amongst independent hotel management companies, our focus on expanding our hotel management business to third parties couldn’t be better timed.  When we show our RPI growth & GOP margins for the past 7 years, owners immediately understand our superior value proposition.”

To further highlight the importance of Remington’s expansion into the third-party management space, and this new chapter for the company, Remington has redesigned its logo to reflect a more contemporary and enhanced, approach to the business.  The new logo respects and honors the company’s past, while providing a fresh and modern look.

Remington is a dynamic and growing hotel management company providing top quality service and expertise in property management. Founded in 1968, the hospitality group has grown into a strong, industry-leading service provider and today manages 86 hotels in 26 states across 17 brands, including 12 independent and boutique properties. At Remington, we believe that our people are the ultimate source of our competitive advantage. We are proud of our reputation for consistently delivering outstanding results to owners and investors, as well as to our brands, guests, and associates. As a result of our success, Remington has become the place where passionate people thrive. For more information, call (972) 980-2700 or visit www.remingtonhotels.com. #RoomToThrive