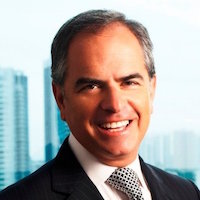 Englewood, Colorado – June 22, 2016 – Following the recent merger of the two successful, growing companies, Destination Hotels, the preeminent operator of independent hotels, resorts and residences in the United States, and Commune Hotels & Resorts, the international lifestyle hotel group comprising Joie de Vivre Hotels, Thompson Hotels, tommie, and Alila Hotels & Resorts, are pleased to announce the appointment of Todd Wynne-Parry as Executive Vice President of Global Acquisitions and Development for the combined company. In his new role, Wynne-Parry will lead global business growth efforts and drive the continued expansion of the company’s five distinct brands by sourcing and securing management contracts and investment opportunities, as well as overseeing a newly formed team of seasoned professionals. A development leader in the industry, Wynne-Parry brings more than 25 years of hotel development experience to the role, having held senior leadership positions at Starwood, IHG, Marriott, Trump, and most recently, Commune Hotels & Resorts.

“Todd’s international experience in the luxury lifestyle industry brings depth and diversity to our executive development team,” said Jamie Sabatier, President and Chief Operating Officer at Destination Hotels. “We look forward to more domestic and international growth with him on board.”

Joining Wynne-Parry on his team are recently promoted Andrew Heilmann, Catie Mangels and Bryan Hulbard. As Vice President of Acquisitions & Development, Heilmann will cover the Eastern U.S. market, Mexico and the U.K. Heilmann joined Commune Hotels & Resorts in 2013 and was quickly recognized as an invaluable player, closing multiple deals within his first year. Mangels has also taken on the role of Vice President of Acquisitions and Development, focusing on the Western U.S. region and the Caribbean. She recently celebrated her first anniversary with Commune Hotels & Resorts, having signed two deals within her first eight months. Prior to joining the Commune team, Mangels served as Vice President at Pinnacle Advisory Group, a hospitality consulting firm. Both Heilmann and Mangels earned their B.S. in Hospitality Administration from Cornell University. As Senior Analyst of Feasibility & Investments, Hulbard will help streamline the underwriting process by coordinating the analysts and workflows brought in by the development team. Since joining Destination in November 2014, Hulbard has proven himself as an astute investment analyst for the company’s business development department.

Todd Wynne-Parry joined Commune Hotels in June 2014 as Senior Vice President of Hotel Acquisitions and Development and was promoted to Executive Vice President of Global Acquisitions & Development in January 2015. In this role, he successfully created an effective new business development team, streamlined the development process and strengthened Commune’s relationships with hotel owners and key investment partners to drive portfolio expansion. A dual-citizen of Australia and the United States, Wynne-Parry has lived and worked in the U.S., Asia, Australia and the United Kingdom. He was instrumental in the development efforts for IHG, Starwood and Marriott in the Asia Pacific region, and for the Trump Hotel Collection globally.

“Todd’s sharp focus and strong leadership has driven tremendous growth for Commune Hotels & Resorts and we are thrilled to have him continue leading the development charge for our joined company,” said the company’s CEO Niki Leondakis.

Destination Hotels (Destination) is the preeminent operator of independent hotels, resorts and residences in the United States. Headquartered in Denver, Colorado, Destination is an industry leader with more than 40 years of hospitality management and development experience. Located in premier destinations, the portfolio is continuously growing with more than 40 luxury and upscale properties from coast to coast. The award-winning company operates 20 golf courses, 20 full-service spas, six IACC-certified conference centers and 110 bars and restaurants. The privately-owned company is a subsidiary of Lowe Enterprises, a Los Angeles-based real estate investment, development and management firm. For more information on Destination Hotels, visit www.destinationhotels.com.

In January 2016, a merger was announced between the two companies, creating the leading operator of independent and lifestyle hotels and resorts. The combined company and its affiliated businesses will manage more than 90 properties in seven countries with approximately $2 Billion of total property revenues under management. Headquarters will be based in Denver, Colorado, with offices in San Francisco, New York, Singapore and Shanghai and will leverage the strengths of its leadership under Jamie Sabatier and Niki Leondakis. In addition, hospitality veterans John Pritzker and Robert Lowe, Jr. will serve as Co-Chairmen of the combined company. Commune and Destination are committed to maintaining individuality across each property and brand, and offering the independent traveler a compelling array of properties from which to choose. Stay tuned for more updates in upcoming months!