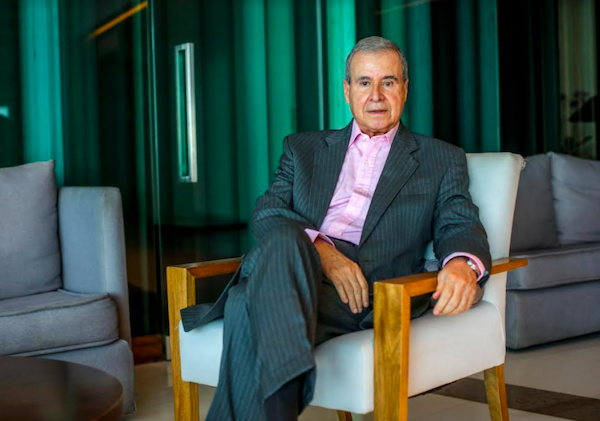 San Juan, Puerto Rico – April 4, 2022 – Royal Sonesta San Juan announced the appointment of Raul Bustamante as General Manager of the beautiful beach-front property located in the neighborhood of Isla Verde. In his role, Bustamante is responsible for the successful execution of all aspects of the hotel’s operations, including sales, marketing, and finance.

“I am proud to hand over the reins of the hotel to a great professional like Raul who will continue to lead this exceptional team into success in the years to come,” said Michael Herrmann, Senior Director of Operations, Sonesta Hotels International Corporation.

Bustamante has over 40 years of experience in the hospitality industry. Prior to joining Royal Sonesta San Juan, Bustamante held multiple leadership positions with Hilton International, and most recently performed as General Manager of the InterContinental Cartagena in Colombia. He is well-known in Puerto Rico for his professionalism and dedication, where he was based for 20 years at properties, including the Caribe Hilton and Conrad Condado Plaza. Bustamante was also the owner and General Manager of the Ramada International San Juan hotel.

Throughout his career, Bustamante led new hotel projects, renovations, and the repositioning of various properties, as well as mentored many professionals on to successful careers in the tourism industry. For his active participation in community projects, Bustamante has been honored with several awards, including Medalla al Merito Civico in 2018 by the Mayor’s Office of Cartagena, Top 10 Business Leaders of Puerto Rico in 2015 by Caribbean Business, and Hotelier of the Year by the Puerto Rico Hotel and Tourism Association in 2008 and 1995. He has also served on various Board of Directors in both the public and private sector, including as Chairman of the Board of the San Juan Puerto Rico Convention Bureau, and President of the Board of the Puerto Rico Hotel and Tourism Association.

For more information on Royal Sonesta San Juan, or to book a stay, visit: https://www.sonesta.com/royal-sonesta/pr/carolina/royal-sonesta-san-juan.

Overlooking palm-fringed Isla Verde Beach and the sparkling Atlantic, the recently renovated Royal Sonesta San Juan is ideal for business and leisure travelers. At Royal Sonesta San Juan, guests can indulge in a variety of restaurant and bars that offer a variety of cuisine, a lagoon-style pool with swim-up bar and over 24,000 square feet of flexible indoor and outdoor meeting and event space.