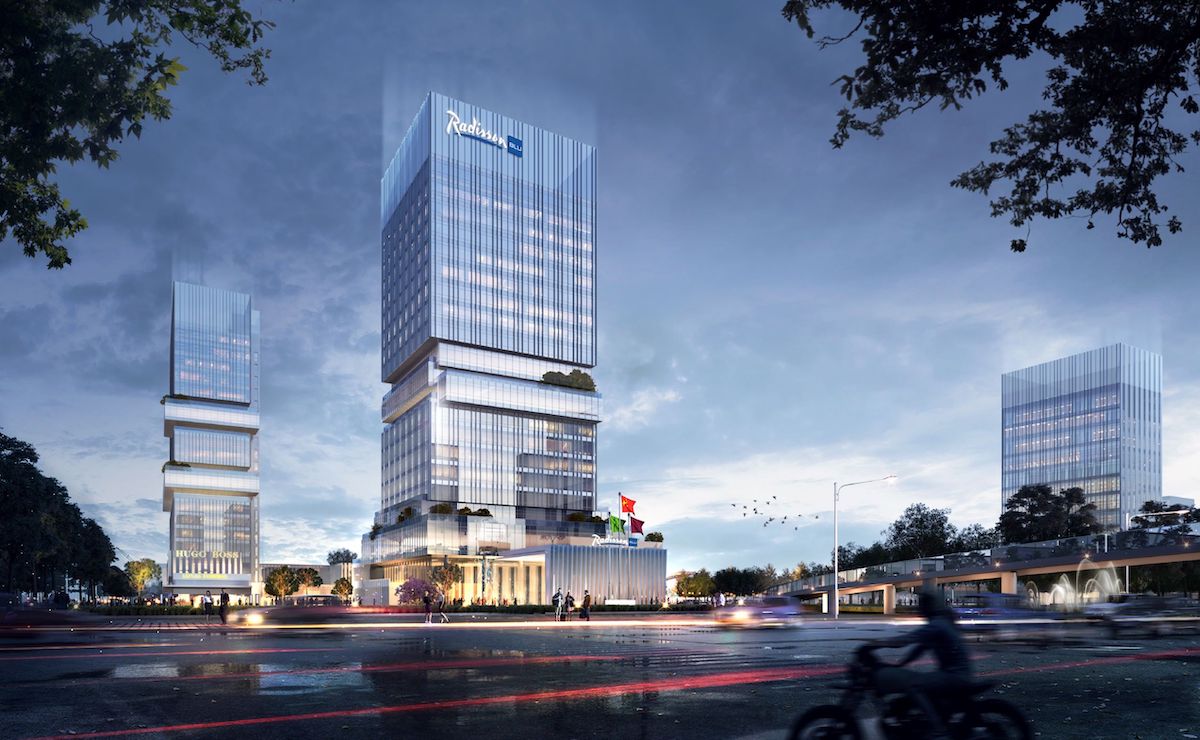 Radisson Hotel Group continues to extend its footprint in China with the signing of a new Radisson Blu property that will become the first internationally branded upper-upscale hotel in Changyuan, a rapidly emerging city in Henan province.

Currently under construction and scheduled to open its doors in the fourth quarter of 2024, Radisson Blu Hotel, Changyuan will form part a major new mixed-use project in Puxi, the city’s new CBD, surrounded by office buildings, retail malls, residences and conference facilities. It will also be easily accessible from the city’s key business and industrial parks. Changyuan is a third-tier city located just one hour’s drive from Zhengzhou, Henan’s provincial capital.

Radisson Blu Hotel, Changyuan will introduce the brand’s signature “Yes I Can!” service philosophy and sophisticated style to this up-and-coming city. The 280 rooms and suites range from 42 to 84 sqm in size and will feature comfortable king or twin beds, contemporary interiors, connected workspaces and refreshing bathrooms. Guests will be able to enjoy exceptional cuisine at the international all-day dining destination and specialist Chinese restaurant, socialize at the lobby lounge, unwind in the indoor swimming pool or work out at the well-equipped fitness center.

This new hotel will also become a key venue for corporate and social events in Changyuan, with eight function spaces including a vast 1,000 sqmballroom. With Changyuan International Exhibition Center located within proximity of the hotel, it is expected to become a destination-of-choice for regional business travelers and meeting planners. Its location is just 90 minutes’ drive from Zhengzhou Xinzheng International Airport and 60 minutes from the high-speed rail station.

Radisson Blu Hotel, Changyuan is being developed by Henan Xunchi Real Estate Co., Ltd., part of the Yilong Group, which was ranked as one of top 50 companies in Henan province and has expertise in a wide range of areas, such as real estate development, construction, hospitality and tourism development.

“Radisson Hotel Group continues to break new grounds in China with this outstanding new hotel. Fast-growing second and third tier cities such as Changyuan, which have large populations and thriving industrial sectors, hold a great deal of potential for international upper-upscale hotel brands such as Radisson Blu. We are delighted to be part of this significant project, which will form part of an iconic new development in the city center,” said Katerina Giannouka, President, Asia Pacific, Radisson Hotel Group.

“We are delighted to be working with Radisson Hotel Group on this project. Our brand-new mixed-use development commands a prime downtown setting and will become a new landmark in Changyuan. To reflect the stature of this project, we needed a renowned international brand and Radisson Blu is the perfect fit. We look forward to this partnership and towards the hotel opening,” said Mr. Zhang Yongchao, General Manager, Henan Xunchi Real Estate Co., Ltd.

Radisson Blu Hotel, Changyuan will become the brand’s second location in Henan – a province of 94 million people, following Radisson Blu Hotel, Zhengzhou Huiji. Looking ahead, Radisson Hotel Group will continue to accelerate its expansion in China, with a multi-brand growth strategy that will include new openings in key cities, provincial capitals, transport hubs, amusement parks, industrial zones and retail zones all across the country.

Radisson Hotel Group is one of the world's largest hotel groups with nine distinctive hotel brands, and more than 1,500 hotels in operation and under development in 120 countries. The Group’s overarching brand promise is Every Moment Matters with a signature Yes I Can! service ethos.

Radisson Meetings provides tailored solutions for any event or meeting, including hybrid solutions placing guests and their needs at the heart of its offer. Radisson Meetings is built around three strong service commitments: Personal, Professional and Memorable, while delivering on the brilliant basics and being uniquely 100% Carbon Neutral.

More than 100,000 team members work at Radisson Hotel Group and at the hotels licensed to operate in its systems.