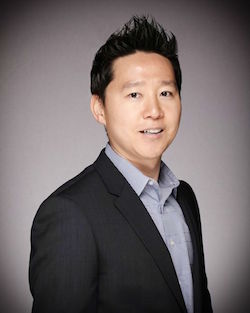 Takahashi’s retirement marks the end of a 25-year run with Prince Resorts Hawaii and an illustrious 46-year career that distinguishes the hotelier as an extraordinary leader and stabilizing force within a dynamic industry. After holding a variety of key positions at Prince Resorts Hawaii, including vice president of Sales and Marketing for the collection; general manager of the former Maui Prince Hotel; Hawaii Prince Hotel, now Prince Waikiki; and interim general manager at Hapuna Beach Prince Hotel, Mauna Kea Beach Hotel and pre-opening of the Alyeska Prince Hotel in Anchorage Alaska, and successfully seeing the properties through challenging times post-9/11. Takahashi took over as president of Prince Resorts Hawaii, filling the shoes of former Hawaii Governor George Ariyoshi who held the role from 1988-2004.

“When it came time to look for my successor, selecting someone who ensured high company performance, championed our employees and led a memorable guest experience was critical,” said former Governor George Ariyoshi. “Donn was the natural choice as his experience, knowledge of the industry inside and outside of Prince, and care for each and every person really set him apart. I was confident he would do a good job and the collection would be in good shape. He has performed magnificently.”

During Takahashi’s 14-year tenure as president of Prince Resorts Hawaii, he oversaw all hotel and golf course operations, real estate and other subsidiary companies managed under Prince Resorts Hawaii, including over $250 million in hotel renovations. Drawing from his years of experience, Takahashi improved each property’s operations by increasing RevPAR and changing the market mix to anticipate future demands. He also navigated the collection through a relisting process initiated by parent company Seibu Holdings, Inc. (Seibu), which led to the sale of Maui Prince Hotel and Makena Resort; the two-year closure and repair of Mauna Kea Beach Hotel following a devastating earthquake, plus its reopening with 82% of the hotel’s original staff; and the rebranding of Hapuna Beach Prince, soon to be The Westin Hapuna Beach Resort this spring 2018. Takahashi’s ability to offer stability, instill confidence, and create a place where both veteran and new talent thrive, remain among the strongest attributes for which the hotelier will be remembered by the Prince Resorts Hawaii ‘ohana (family).

“There are two things that showcase success and a great leader,” said Ariyoshi. “One is the numbers – they tell the story. In this instance, numbers include higher hotel earnings and occupancy. The other is how you begin that effort – the importance of the people who work for you. Donn understands and excels in both of these. He makes everyone feel important, because they are. He knows and teaches that one must always cherish relationships, because the feel-good emotion is what will keep people coming back. The Prince Hawaii Resorts team has been very fortunate to have Donn as their leader.”

“Donn has been an excellent leader for all of our Hawaii entities – guiding teams through challenging times, driving financial success and positioning our properties to be among the best as a result of his hard work overseeing significant investments,” said Takashi Goto, CEO of Seibu Holdings Inc., Prince Resorts Hawaii’s parent company. “He is beloved by his staff, and motivates them to perform at the highest level. He has been an inspiration for many. His legacy and accomplishments will long be remembered.”   Credited as the architect of today’s stable Prince Resorts Hawaii collection and strong employee retention rate, Takahashi leaves behind three hotels and golf courses well-positioned for future successes, each delivering the highest of service standards, standout experiences and notable food concepts.

“It has been an enormous privilege to lead Prince Resorts Hawaii during an important period of transformation,” said Takahashi. “We have accomplished so much – all three hotels and golf courses are in great condition, we achieve our numbers, and we continue to improve year over year. I am incredibly proud to have worked with remarkable colleagues who are committed to our growth and am confident that Kisan will lead the team to further success. He has great skills and a strong financial background, which allow him to seamlessly implement strategies that continue to improve our financial operations, which will take the company to the next level.”

During his leisure time, Takahashi has held numerous community service positions in Maui County as Police Commissioner, Chair of Salary Commission, Charter Commission, and Chair of the Maui Visitor’s Bureau; and in Oahu, he has served as a board member of the Hawaii Visitors and Convention Bureau, Hawaii Hotel and Lodging Association and the Honolulu Chamber of Commerce. He also led efforts for Prince Resorts Hawaii’s charitable endeavors, including teaming with Easter Seals where all proceeds from major resort anniversaries and the re-opening of Prince Waikiki following a $55 million renovation in 2017 were donated.

“This is an opportunity of a lifetime, and I look forward leading a team that is so focused on continually reimagining and improving the visitor experience," said Jo. “Prince Resorts Hawaii is positioned for incredible opportunities ahead. My goal is to continue cementing each hotel as a leader in the industry."

Jo, who began his career at Deloitte, an international public accounting firm in Seoul, then later transferred to Deloitte’s Honolulu office, brings more than 15 years of experience in finance, strategy and hospitality to his position. During his eight years at Prince Resorts Hawaii, Jo was responsible for the development of financial management strategies and oversaw the finance and operations teams. He played a significant role in the company’s financial improvement and standing, leading the effort for consolidation, improved efficiencies, SOX compliance and innovative system upgrades. He also managed hotel capital improvements and renovation projects totaling over $100 million, including Prince Waikiki’s multi-million dollar renovation and the forthcoming debut of The Westin Hapuna Beach Resort’s multi-million-dollar transformation.

“We are very excited to welcome Kisan as president of Prince Resorts Hawaii,” said Goto. “He has done an exemplary job, and brings a tremendous amount of enthusiasm and energy into this position. His experience and time working alongside Donn make him well suited for the opportunities and challenges that lie ahead. We wish Kisan many more successes in his new role.”

Jo is currently enrolled in the University of Hawaii’s Executive Master’s program in Business Administration, and he is also a member of Pacific Century Fellows.

Prince Resorts Hawaii Inc. is a subsidiary of Seibu Holdings Inc., and operates three luxury hotels and golf courses in Hawaii: The Prince Waikiki on the island of O‘ahu; Hapuna Beach Prince Hotel, soon to debut as The Westin Hapuna Beach Resort in 2018, and Mauna Kea Beach Hotel, both at Mauna Kea Resort on the Kohala Coast of the Island of Hawai’i. Prince Resorts Hawaii offers all-oceanfront locations with championship golf courses, gracious island hospitality, and award-winning cuisine. Most recently in 2017, Prince Waikiki was named one of the top hotels in Hawaii, while Mauna Kea Beach Hotel was named one of the best resorts in Hawaii by Condé Nast Traveler’s 30th annual Readers’ Choice Awards. For more information, visit www.PrinceWaikiki.com, www.HapunaBeachResort.com, www.MaunaKeaBeachHotel.com.