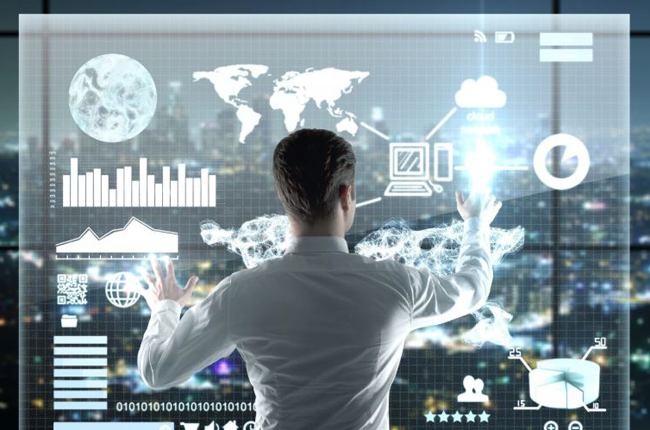 Schools today face a dilemma. Should they focus on meeting the current needs of the industry or ensure their students will be able to adapt to uncertain futures?

Ted Teng, President and CEO of Leading Hotels of the World, put it succinctly at the recent Window 2 the Future event staged by Lausanne Hospitality Consulting at Ecole hôteliere de Lausanne.

“When I graduated in 1979, if I asked someone what technology I should master, the answer would have been PMS (property management system software) or POS (point of sale). They wouldn’t have said GDS (global distribution system), the PC (personal computer) … or internet.”

So how can schools make their students ‘future-proof’?

Institutions are currently exploring the use of a range of technological tools to support their teaching objectives, tools such as augmented or virtual reality, as well as digital courses or MOOCs (massive open online courses). But as the future will always remain somewhat unpredictable, schools will have to make sure students are ready for virtually anything.

“Helping students build the foundation for 40 years of learning is really the purpose and the mission of an institution like this.”

Earlier, Professor James Larus, dean of EPFL’s School of Computer and Communication Sciences, also spoke about how his previous studies had little relevance in today’s world. Change in his field, he said, has been constant and remains constant.

"Pretty much everything I learned in school is out of date. In the next couple of years it will be true of other fields because you’ve all jumped on the same bandwagon and technology moves forward incredibly rapidly."

Professors, he said, want to produce graduates who know the fundamentals – the theory, the math and ‘the ideas we hope will be true in 5-10 years, let alone 20 years.”

“Industry comes to us and says we need people who know the current programming language, how to use this particular piece of software.” In response, schools have said that would be a mistake. “We wouldn’t be doing the right thing by our students or the people who hire our students because they’ll be out of date in five years.”

Larus described this as a constant battle between what’s useful now and what would be good in the long term.

"You need to teach people how to think, how to learn, because the only way they’re going to be useful and relevant over their entire career of 30-40 years is if they change and adapt."

Larus was speaking during a panel discussion on the future of education at the Window 2 the Future event. During the session, panelists spoke about adapability and critical thinking being key. “What we need to teach (students) is to be able to anticipate and adapt,” said Nouria Hernandez, rector of the University of Lausanne. She added that it was important for students to conduct research projects, even if they were ‘very small’.

"Every student who gets a bachelor’s or a degree from a specialized school should have done a little bit of research and the research should be ‘honest’. What I mean by this is that we should not know the answer to the research we’re doing."

That, she said, would expose students to uncertainty.

Dominique Turpin, dean of external relations at IMD business school, spoke about the technological tools available, including the potential for mobile learning. However, he also pointed out that given the average age of faculty at the school is 50, his colleagues may “not be ready to get involved in this type of pedagogy.”

Although there had been a great deal of excitement around MOOCs a decade ago, he added, these digital courses had not proved to be as successful as many had expected. Professors who were able to communicate face-to-face were not necessarily good in front of a video camera. Plus attention spans had decreased.

The dean of business and economics school HEC Lausanne, Jean-Philippe Bonardi, also noted that although there had been ‘tremendous’ improvements through rankings and accreditation, there would also be ‘strong resistance’ to change. “We already know that some of the topics we teach routinely every day in our schools are probably not going to be that important anymore.”

“We’re going to have to change,” he said, adding that it’s going to be “very important to be interdisciplinary, much more than before”.

‘Balkanization’ of fields in universities is very real,” Hernandez said, adding “there is a tendency to protect one’s turf against invaders.” But faculties at universities, she said, would have to ‘wake up to such things.’

Larus, who had worked for Microsoft after becoming a professor and then went back into academia, hopes we will see more faculty who have experience in industry going back and forth. This could clearly help narrow any gap between academia and what he calls the ‘real world.’

“To me this is a natural progression. What I learnt in one domain was incredibly useful to me in another domain. The future is very much that way, at least in my field that we see my colleagues feeling much more comfortable spending extended periods outside academia, call it the real world if you want, and learning something that you can’t learn by just doing research and not applying the research, and then coming back and teaching the students in a very different way than you would have before you left. So I’m hopeful that is a trend that can continue.”

The panel discussion on education was moderated by Dr Inès Blal, the new executive dean of EHL. Window 2 the Future, organized by Lausanne Hospitality Consulting, was held at Ecole hôteliere de Lausanne on April 30th, 2018.

Hospitality Trends 2023 – the Future Ahead
Sustainable Actions in Hospitality: A Driver for Competitive Advantage
Optimizing Sustainability in Hospitality via Supply and Value Chains
10 In-Demand Hospitality Resume Skills
Regenerative Tourism – A Holiday Mind Shift Beyond Sustainability
Trends in Hospitality – The Impact of an Energy Shift
Swiss Tourism Outlook 2023: Datafication for Resilient Tourism
Managing the Talent Gap: Sparking Passion for Hospitality in Gen Z
Transformational Resilience in the Hospitality Industry
Chef Franck Giovannini on the Constant Changes in the Restaurant Industry
Sustainability Action Plan for Hospitality
7 Tips for Successfully Embedding Customer-Centric Governance Into Company DNA
New Attitudes to Hotel Circular Economy Practices
Is an Aging Society a Threat or an Opportunity for Hospitality?
How to Improve Your Existing Customer Service Experience in 7 Steps
Customer Feedback on Hospitality Experiences: 5 Best Practices
Customer Experience Quality Assessment – the Essential Experiences
How to Spot Promising New Opportunities During Service Design
Hospitality Industry Statistics to Have on Your Radar in 2022
Understanding the Role of a Hotel Asset Manager