NEW YORK, December 4, 2019 – Pestana Park Avenue, set to open this January as Pestana Hotel Group’s 100th property in the world and its first location in New York City, is pleased to announce several key management appointments in preparation for the brand’s highly anticipated Manhattan debut. The role of General Manager will be held by José Carlos Fernandes, and Esther Barbosa has been appointed as Director of Sales and Marketing.

“I am excited to have talented and committed people lead the way for the opening of such a dynamic property,” said Dionosio Pestana, Owner and Chairman of Pestana Hotel Group. “José Carlos and Esther are important additions to these key roles and I am confident they will bring their dedication, passion and commitment to ensure a successful opening. We look forward to working with them to create meaningful Pestana experiences in line with our evolving brand.” 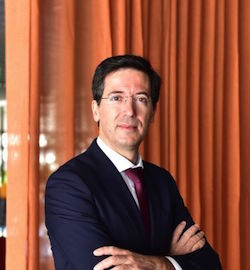 José Carlos has over 20 years of hospitality experience, the last seven of which have been with Pestana Hotel Group. Having worked at a variety Pestana’s properties, José Carlos has a deep knowledge in three of the four of the hotel group’s sub brands – Pestana Hotels and Resorts, Pestana Collection Hotels and Pestana CR7 Lifestyle Hotels – widening his understanding of its various operations. Prior to joining Pestana Park Avenue, he served as Hotel Manager of Pestana Cidadela de Cascais & Art District Hotel in Cascais, Portugal. A five-star hotel and one of the first in Europe to have an Art District on site, the property is part of the Pestana Collection Hotels sub brand, which is a series of monumental and historical hotels in Portugal and abroad that celebrates luxury and tradition. José Carlos has also worked as the Hotel Manager for Pestana Casino Park Hotel, the group’s largest hotel in Madeira, designed by world-renowned architect Óscar Niemeyer.  José Carlos also served as the Hotel Manager for Pestana CR7 Lifestyle Hotel in Madeira, the hotel group’s first property that launched the CR7 lifestyle brand in partnership with Cristiano Ronaldo. He has also worked as the Unit Manager for Pestana D. João II Villas & Beach Resort located in Alvor, Portugal, an award-winning four-star hotel that is part of the Pestana Hotels & Resorts sub brand. In his role as General Manager of Pestana Park Avenue, José Carlos will manage all aspects of the pre-opening phase of the hotel and will be responsible for overseeing daily property operations once open. 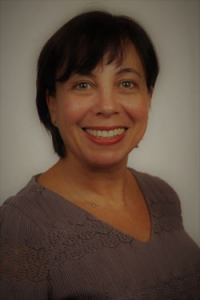 Esther joins the Pestana Park Avenue team with over 15 years of experience in the travel and hospitality industry. With over 10 years of experience in the New York City market, Esther has managed sales teams, overseen multiple properties and directed overall office operations, most recently holding a Director of Sales and Marketing role for New York’s Doubletree Times Square West hotel. Throughout her career, Esther has gained a thorough understanding of how to manage mega-agencies, consortia accounts, wholesale/FIT contracting, as well as groups and the corporate market. Having earned a Masters of International Development degree from Nagoya University in Japan, she has a unique familiarity of key international markets including Japan, Europe and South America. In her role as Director of Sales and Marketing of Pestana Park Avenue, Esther will lead all sales and marketing strategy, creating effective sales programs and a strong awareness of this new property as well as the Pestana Hotel Group overall in the United States.

Pestana Hotel Group, the largest multinational hotel group of Portuguese origin, will be opening Pestana Park Avenue in the January, its 100th property overall and first location in New York. The 27-story hotel, designed by Glen & Co Architecture, will feature 94 rooms that have oversized windows offering breathtaking views. Pestana Park Avenue will showcase various pieces of artwork and photography throughout the hotel to give the feeling of being in a Portuguese home in the heart of New York City. The property will also have a premium Grab & Go in the lobby that will be open 24 hours a day and offer healthy snacks. Pestana Park Avenue is conveniently located near Grand Central Terminal, Bryant Park, 5th Avenue shopping and the Empire State Building.

With over four decades of success, The Pestana Group is Portugal’s leading hotel group (and by far, the largest), dedicated to offering their guests ‘the time of their lives’ at their 99 properties, in Portugal and abroad, as well as six golf courses, two casinos, three tourism real estate projects and 13 Vacation Clubs, with the objective of offering complete and attractive products. Mr. Pestana, the company’s visionary founder, opened the group’s first hotel in Madeira Island in November 1972 and together with his son, expanded the brand’s footprint internationally. Under their leadership the award-winning Pestana brand has become a dedicated guardian of Portuguese culture and heritage, as well as a forward-thinking hospitality group that offers the very best locations, around the world.

In all, there are eight business areas where it operates: hotels, golf, casinos, tourism real estate, tourist distribution, Vacation Club, industry and services.

In hotels, its main business, the Pestana Hotel Group is currently comprised of four hotel sub brands: Pestana Hotels and Resorts, Pestana Pousadas de Portugal, Pestana Collection Hotels and Pestana CR7 Lifestyle Hotels. In total there are more than 11,000 rooms, served by a team of more than 7,000 employees in Europe, Americas and Africa.

As a socially responsible company The Pestana Group launched the Pestana Sustainability Program: Planet Guest - "We are only guests of the Planet" - which incorporates all the initiatives that promote sustainability. Planet Guest conveys the position of the Group and its collaborators with regard to the sustainability of the Planet we live in and the focus of the Pestana Hotel Group on the utmost concern for future generations. Its objective is to create value in the long term for the company, developing its activity with respect for the environment, local communities, employees, customers and all relevant stakeholders in the exercise of its activity.