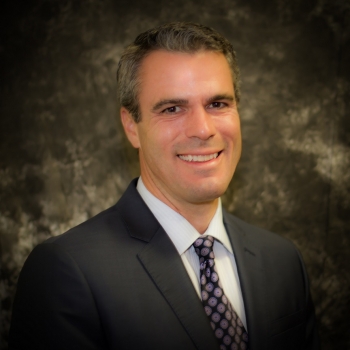 In his role with Penn National Gaming, Schippers is responsible for the company’s community affairs, government relations, corporate communications and media relations. He additionally serves as spokesperson for the company.

Penn National Gaming operates 41 gaming, racing and video gaming facilities across the country, in 19 states, from Maine to Nevada. The brand oversees approximately 49,400 gaming machines; 1,200 table games; and 8,800 hotel guestrooms. Penn National Gaming is headquartered out of Wyomissing, Pennsylvania, and operates with a team of more than 10,000 employees.

“I am honored to be joining such a distinguished group of individuals and to be helping to support the next generation of hospitality industry experts at the Penn State School of Hospitality Management,” said Schippers. “I’m looking forward to sharing my perspective from the leisure and entertainment industry.”

“As spokesperson and senior vice president of public affairs and government relations for Penn National Gaming, Eric knows the ins and outs of this segment of the hospitality industry in a way that will add a great amount of value to our industry advisory board,” commented Donna Quadri-Felitti, associate professor and Marvin Ashner Director of the Penn State School of Hospitality Management. “I look forward to welcoming him to our roster of industry leaders who are actively helping the school prepare the next generation of hospitality professionals for success across industry sectors.”

“I’m thrilled Mr. Schippers will be bringing his valuable insights to our casino management program at Penn State,” added Mike Ahlgren, Ph.D., assistant teaching professor and director of gaming initiatives for the School of Hospitality Management. “His years of executive-level tenure at what I view as the most prominent and talented operator of locals casinos in the United States brings both credibility and a wealth of knowledge to our future leaders in gaming management.”

Prior to joining Penn National Gaming, Schippers represented numerous Fortune 500 clients as part of Burson-Marsteller, one of the world’s largest international public relations firms. There, he assisted his clients in media relations, public affairs, crisis communications and constituency relations.

Throughout his career, Schippers has worked extensively on issues before the U.S. Congress and state legislatures and has frequently provided commentary on legislative and legal matters, appearing on MSNBC’s “Buchanan and Press,” CNN’s “Inside Politics with Judy Woodruff,” FOX News Channel’s “FOX & Friends,” C-SPAN’s “Washington Journal” and National Public Radio’s “All Things Considered.” He has also been a regular guest on a number of nationally syndicated radio shows.

In addition, Schippers has been a regular contributor of op-eds and articles to major news publications and scholarly journals, including The Wall Street Journal and The National Law Journal, and has appeared in major news outlets across the country, including the Los Angeles Times, The Washington Post and Atlanta Journal-Constitution, among others.

Schippers received his bachelors of arts degree in political science and international public relations from the George Washington University in Washington, D.C. He currently resides in Wyomissing, Pennsylvania, with his wife and three children.

About The School of Hospitality Management

Established in 1937, Penn State’s School of Hospitality Management is one of the nation’s oldest and most respected schools of hospitality management. Its top-ranked undergraduate and doctoral programs prepare global leaders with a rigorous, diverse curriculum focused, since its inception, on engaged scholarship, featuring partnerships with Penn State's Hospitality Services, Housing and Food Services, and top global hospitality brands. It’s also home to the oldest Penn State alumni program group, the Penn State Hotel & Restaurant Society. For more information about the school, contact Brian Black, director of industry and alumni relations, at [email protected] or 814-865-1853