PARK CITY, UT – January 25, 2023 – Pendry Park City, the first mountain resort from Pendry Hotels & Resorts, is pleased to announce today the appointment of new leadership talent to its executive team, which includes hotel manager Raghu Addagada, director of food and beverage Ashley Chaney, and executive chef Fernando Reyes. These individuals bring a wealth of knowledge to Pendry Park City and will continue to build upon the success of the 153-room resort and residences.

“Raghu, Ashley and Fernando will be an exceptional addition to our team as they help us refine and build upon our foundation since the resort’s opening,” said general manager Richard Wales. “Each leader brings their distinct passion, knowledge, and expertise which will further drive the property’s success and create lasting memories for our guests when staying at Pendry Park City.” 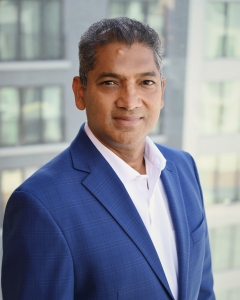 A multifaceted and driven leader, Raghu Addagada’s journey began more than 30 years ago at Oberoi Hotels and Resorts in India, where he held positions in various departments from stewarding to culinary and banquet operations. Since then, Addagada bolstered an impressive resume working at various properties including, Fairmont Hotels throughout Canada and The Ritz-Carlton in Toronto and Cancun. As hotel manager of Pendry Park City, he is responsible for supporting and managing day-to-day hotel operations while providing an overall strategic vision and guidance for his team. 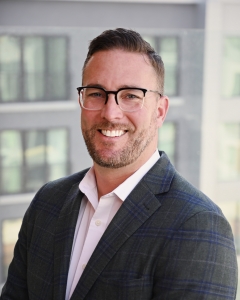 Ashley Chaney brings more than two decades of restaurant and hospitality experience to his new role. Most recently, Chaney served as assistant director of food and beverage for Montage Palmetto Bluff. Prior to his tenure at Montage, Chaney held multiple roles at various luxury properties including Sea Island Resort in Georgia and The Eldridge Hotel in Kansas. Today, Chaney oversees all culinary outlets at Pendry Park City, including Japanese American inspired restaurant, KITA; Aprés Pendry; Park City’s only rooftop lounge, The Pool House Bar & Grille; and the slope side go-to with relaxed American cuisine and arcade games, Disco Pizza; as well as hotel banquet and catering operations for special events. 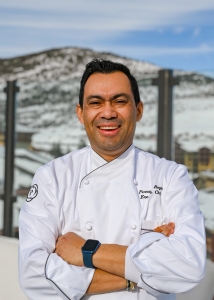 With a wealth of culinary knowledge, Reyes’s most recent role was executive chef at Maravilla Los Cabos in Los Cabos, Mexico. With a passion for both travel and food, his storied career as a culinary leader includes a variety of domestic and international roles, previously serving as executive chef at the Westin St. Francis Hotel in San Francisco, as well as executive sous chef at The Ritz Carlton in Hainan Province and JW Marriott Hotel L.A. Live in Los Angeles. As executive chef, Fernando Reyes oversees all culinary operations for Pendry Park City, including menu development and execution for the various dining outlets, as well as resort catering initiatives.

Pendry Hotels & Resorts is a new luxury hospitality brand from Montage International. Pendry combines inspired design with a celebration of culture and authentic service tailored to today’s cultured world traveler. Founders Alan J. Fuerstman and Michael Fuerstman's well-seasoned experience in the hospitality industry serves as the foundation for the brand, injecting each property with a unique perspective on contemporary style, and an emphasis on the arts and local community in the city it calls home. The portfolio of hotels includes Pendry San Diego, Sagamore Pendry Baltimore, Pendry West Hollywood, Pendry Chicago, Pendry Manhattan West, Pendry Park City and Pendry Washington DC – The Wharf. Opening in 2023 is Pendry Newport Beach and Pendry Natirar. Opening in 2024 is Pendry Tampa. Pendry Hotels & Resorts is a member of Preferred Hotels & Resorts. For more information on Pendry Hotels & Resorts, follow @pendryhotels or visit www.pendry.com.