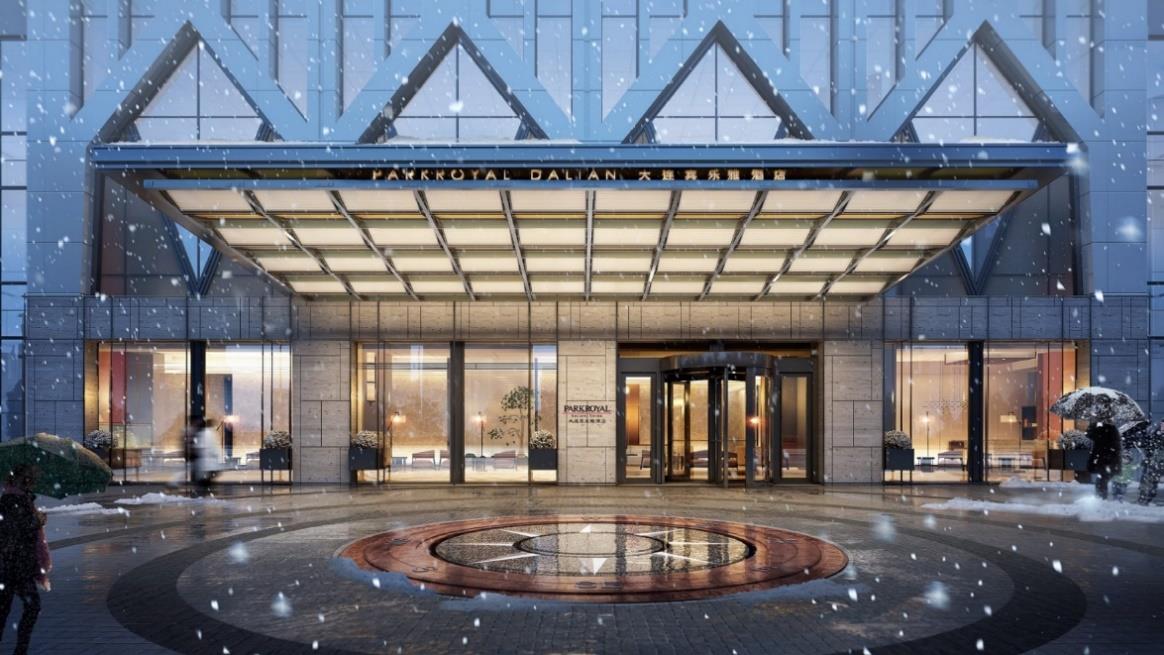 27th August 2019, Beijing — Pan Pacific Hotels Group will debut its deluxe brand, PARKROYAL Hotels & Resorts, in China with the opening of PARKROYAL Dalian in Liaoning Province, China, in Q4 2020. This is an important milestone as the Group brings its deluxe brand into China, providing guests with a new experience of hospitality. This was announced at a signing ceremony held at Pan Pacific Beijing last Friday.

Dalian, the second largest city in Liaoning Province, is a major seaport and the financial, shipping and logistics centre in Northeast Asia. Commanding a height of 52 levels, PARKROYAL Dalian will be one of the tallest buildings in the city upon completion, offering panoramic views of both the sea and surrounding hills from its location at Youting Road. Within walking distance is city landmark Xinghai Square—the world’s largest city square, Dalian World Expo Centre, and the Dalian Xinghai Convention & Exhibition Centre—which boasts 146,800 square metres of exhibition space. Both the Xinghai Bay Financial Business Area and Dalian Forest Zoo are an easy 10-minute drive from the hotel, while Dalian Airport can be reached in half an hour by car.

Multi-awarded design firm Gold Mantis, whose projects included 2008 Olympic Stadium (Bird’s Nest) and National Grand Theatre, has drawn inspiration from Dalian’s illustrious history as a trading hub between China and Russia to produce its unconventional design for this 216-key hotel, with breathtaking touches including a rooftop helipad for airport transfers, general sightseeing, and creative events. Scheduled for launch at a later phase are 112 units of serviced suites within the same building.

Dining and meeting at PARKROYAL Dalian promises to be a picturesque experience with the top three floors occupied by a rooftop bar, elegant Chinese restaurant, and all-day dining restaurant along with multi-function spaces respectively. A spa, indoor swimming pool, jacuzzi and fitness room make up the wellness facilities on the fourth floor of the hotel. With the lead-in room category starting at 30 square metres, the hotel offers expansive rooms with polished brass, granite surfaces and wood panelling in warm tones that blend together to create a stylish, romantic interior reminiscent of luxury cruising.

The addition of PARKROYAL Dalian brings the expanding PARKROYAL network to 20 hotels, resorts and serviced suites in total across Asia Pacific, including key cities Singapore, Sydney, Kuala Lumpur, Ho Chi Minh City and Yangon. The PARKROYAL brand celebrates people and life with its human-centric design and passion for the well-being of others and the environment, and personifies supportiveness, energy and inclusivity. With this philosophy in creating real connections and joyous experiences, PARKROYAL brings out the best of people and the destination they are in.

Dalian Xinghai Century Real Estate Development Co Ltd’s Board Chairman Mdm Yu Ling said, “We have entrusted our latest hotel to Pan Pacific Hotels Group as we’ve enjoyed a great partnership with the Group following the success of Pan Pacific Beijing in the capital city – which was awarded “Best New City Hotel” when it opened two years ago. Dalian, a vibrant destination with a mild climate, beautiful beaches, an amazing history, and warm locals, is a fitting location for a PARKROYAL hotel and its associates, who resonate with energy, dynamism, and friendliness! We’re excited to renew our partnership with Pan Pacific Hotels Group and to bring the PARKROYAL brand and its service philosophy of “Open Minds, Open Arms” to our guests when the hotel opens next year.”

Mr Neo Soon Hup, Executive Vice-President, Operations, Pan Pacific Hotels Group, said, “We’ve been waiting for the right opportunity to introduce the PARKROYAL brand in China, where we already operate Pan Pacific hotels and serviced suites in first-and second tier cities. We are delighted by the trust placed in us by the Hotel Owner with PARKROYAL Dalian and are committed to continue our efforts to elevate the experience of hospitality in Dalian, ensuring operations efficiency and meeting our commercial goals. As a brand, PARKROYAL is growing rapidly across Asia Pacific and we are heartened to see this brand being endearing to guests, as after all, we are about our people, real connections, and service from the heart.”

Pan Pacific Hotels Group is a wholly-owned hotel subsidiary of Singapore-listed UOL Group Limited, one of Asia’s most established hotel and property companies with an outstanding portfolio of investment and development properties.

Based in Singapore, Pan Pacific Hotels Group owns and/or manages more than 40 hotels, resorts and serviced suites including those under development in 24 cities across Asia, Oceania, North America and Europe.

Sincerity is the hallmark of Pan Pacific Hotels Group. The Group is known to its guests, partners, associates and owners for its sincerity in people and the sense of confidence which alleviates the stresses of today’s complex world.

A big city or cosy enclave – where there is a PARKROYAL hotel, resort or serviced suite, there is a celebration of people. Our passion for creating real connections and joyous moments can be felt when you enter any of our properties across Asia and Australia. After all, this is the place to bring out the best of you, by us.