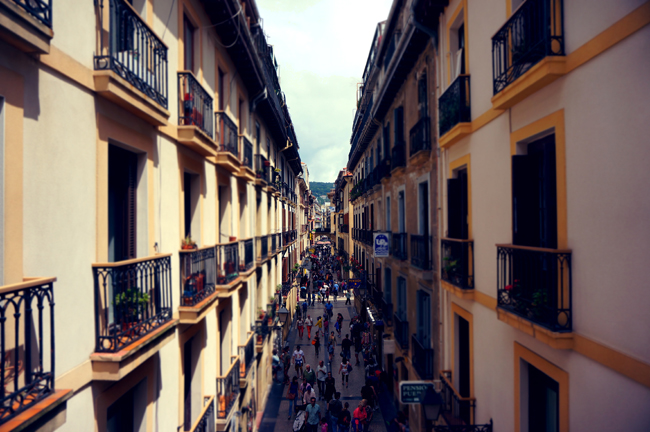 By this point, the number of studies testifying to the positive impact of direct bookings – and the sometimes harmful influence of OTAs – is approaching too many to count. Whether it's in terms of the revenue share for hotels or the experience of guests, there's plenty of evidence to suggest that booking directly through a hotel website benefits all parties involved.

Therefore when we saw last week that the European Technology and Travel Services Association (ETTSA) had released a report stating that "the major incentive for hoteliers to push direct sales is to reduce transparency for customers," we were understandably a little perplexed. Momentarily setting aside statements and evidence to the contrary from Kalibri Labs, the Competition and Markets Authority and the European Commission, the figures quoted in the report just didn't seem to tally with what we hear from hoteliers or what we know from our own data.

It's understandable that ETTSA would want to cast doubt on the benefits of booking direct; after all, as an association they represent leading OTAs and global distribution systems (GDSs), who are no doubt less than impressed by the growing awareness among consumers of the advantages of direct bookings. But headline-grabbing claims that direct bookings "are not cheaper for hotels" could do real damage to those hoteliers striving to determine their optimum business mix and maximize revenue for their organization.

The danger of claiming that OTA distribution is "100% risk-free"

“While it is unsurprising that ETTSA are keen to promote the benefits to hoteliers of working with online travel agents, it is a stretch to claim that “shifting consumers from indirect to direct has no measurable impact on costs,”” says James Osmond, Chief Operating Officer at Triptease.

“This latest study is at best selective with its analysis, and risks obscuring the benefit to hotels of encouraging direct bookings amongst their guests.”

While not every direct booking is cheaper for every hotel than a booking that comes via a third-party, it is misleading at best to claim that hotels have nothing to lose financially by relying on third-party distribution – or, in fact, to claim as ETTSA does that "distribution via OTAs is 100% risk-free."

Hoteliers clearly need to be aware of the full spectrum of costs associated with both direct and OTA bookings, but ETTSA's report overlooks important characteristics of the online booking landscape in order to promote OTA distribution.

Hoteliers deserve to have the fact separated from the fiction, so we sat down with Triptease's eagle-eyed data analysis team to examine ETTSA's claims.

If you just want the headlines:

ETTSA's report, carried out by Infrata, sets out to analyze the "costs associated with direct and indirect distribution channels for hotels, together with the impact of 'channel shift'." It argues that if a hotel were to shift their entire inventory to Brand.com, the ensuing drop in occupancy would require an increase in customer acquisition spend on the part of the hotel. So far, so non-groundbreaking. Shifting all distribution away from OTAs would, for many hotels, require an increase in advertising spend in order to capture the same amount of incremental bookings.

The study draws heavily on the presumed value of the so-called 'billboard effect' provided by an OTA – that is, the theory that guests discover hotels on OTAs and then go on to book directly on their websites. A hotel would lose those direct bookings, the study argues, if distribution was shifted to Brand.com – and would therefore have to "increase its SEO spending by between €7 and €10 per booking" (it is hard to determine the reasoning for this figure; the report simply quotes "industry sources"). The report therefore assumes €7-€10 per booking as "the positive impact of the billboard effect".

The report's assumption that 5.35% of a hotel's bookings are due to the 'billboard effect' is a problematic one, especially given that subsequent, bolder claims are calculated on that assumed figure – for example, the claim that the cost per booking for a loyal customer would increase by over €10 without the billboard effect.

"The calculations on total bookings lost to the billboard effect (5.35%) seem to have been derived by assuming that 35% of Brand.com bookings are due to the effect," says Mark Farragher, Data Analyst at Triptease. "However, that 35% is the upper limit of the range indicated by the Cornell research referenced in the report. According to Cornell, the figure could be anywhere between 5-35%."

Cornell's report explicitly states: "Our data sample is observational, and any inferences we draw do not state causation. […] We do not indicate that the 35% of consumers visiting an OTA who book direct would not have booked at the specified hotel if that hotel had not been listed at the OTA." The 5.35% figure that the ETTSA study uses as its basis for lost bookings from the billboard effect looks, at best, like a considerable overestimate.

ETTSA's study is open about the fact it did not consider "the full spectrum of dynamics impacting hotel channel shift". Those "dynamics" include:

Unfortunately, lack of inclusion of market dynamics is indeed a major limitation of the study as those market dynamics could well work in the favor of direct bookings. The study uses the scenario of a 100% shift from OTA to direct in order to determine that direct bookings are not significantly better for the hotel. This ignores the fact that many hotels work to sustain a profitable mix of hotel and OTA business in order to maximize occupancy at their property, and obscures the fact that hoteliers are savvy enough to use OTAs to reach incremental business without cannibalizing their own direct bookings.

In its modelling, ETTSA's study makes the assumption that bookings through the direct channel are 50:50 loyal to non-loyal. It's unclear where this assumption comes from; it again doesn't appear to be based on any of the quoted sources from the report. It may have been made with the motivation of giving a fair estimate, but it risks obscuring the reality of the situation and overstating the costs of channel-shifting to direct. Loyalty split varies widely dependent on factors such as the size of hotel chains. Kalibri Labs' recent investigation into the impacts of loyalty gives a more thorough breakdown.

Furthermore, as Avvio's Frank Reeves points out in his own response to ETTSA's study:

"OTA bookers are likely to be OTA-loyal rather than hotel-loyal. When OTAs focus on adding value to hotels, rather than redirecting traffic from hotel brand name search terms for example, it is clear that there is still a real value-add delivered to hotels. A strong dependence on the OTA channel by hotels however is to cede control and be at the whim of next year's contractual terms."

ETTSA's report does not take into account the diminishing cost of acquisition for a hotel once a direct customer has been acquired. The lifetime cost of acquiring an OTA guest is higher than that of a direct, assuming the guest returns to the property.

While it's understandable that an OTA-sponsored report would want to play up the benefits of OTAs to hotels, ETTSA's study suffers from a case of selective attention. Again quoting Cornell's 2017 study on the 'billboard effect,' ETTSA's report suggests that as users often visit OTAs before booking directly with a hotel, the massive marketing investment by OTAs "benefits all suppliers" (i.e. hotels) as well as OTAs.

In reality we know things are not quite so clear-cut as that. OTA spending on Google and metasearch puts significant pressure on hotels, especially independents, as it becomes harder and harder for them to meet rising bid costs. OTAs inflate the price of acquiring a direct customer by bidding on hotels' brand terms, leaving many hoteliers with no choice but to relinquish the booking to a third party. It can become a choice between c.10-25% OTA commission or an even higher metasearch spend. It would not be fair to call this a benefit to hotels.

The report also omits to mention that the fixed ADR of €112 (quoted by ETTSA as the European average) is the figure at which subsequent calculations swing in favor of the OTA channel; anything higher than €112 and OTA commissions and costs rise, but hotel direct costs remain the same. The assertion that there is an insignificant net contribution between OTA bookings and direct bookings is wholly dependent on that fixed average and will not be true for many hotels reading the report.

Time to put the guest at the centre

Even more than the assertion that “distribution via OTAs is 100% risk-free,” the element of ETTSA’s PR push most likely to rankle with hoteliers is their statement that “the major impact of channel shift is to decrease customer transparency.” This misrepresents the role of both OTAs and the direct channel and does a disservice to the work hoteliers do for guests.

“OTAs do a great job of bringing incremental business to a hotel, and it is true that every hotelier should have a clear view of the costs associated with each channel – including direct,” says Triptease co-founder and Chief Customer Officer Alexandra Zubko.

“However, it is untrue and unfair to assert that direct booking campaigns are motivated by a desire to decrease transparency for the guest. Our hotel partners consistently strive to provide the best possible experience for their guests, and time and again it has been proven that this is achieved when the guest books direct.“

We are keen to hear from hoteliers about their response to ETTSA's report. Get in touch with Lily at [email protected] if you'd like to share your thoughts for inclusion in further content on the subject.

Lily is Content Manager at Triptease. When she's not investigating the industry or spreading the word that #DirectIsBest, she enjoys music, cycling, and obscure radio quiz shows.

Maximizing Your Relationship With OTAs
Hotel Industry, AARP Join to Help Protect Seniors From Travel Scams
Uptown Suites Adopts Fuel’s Interactive Mobile App Across Eight-Property Hotel Portfolio
GCommerce Replaces Traditional Agency Fees With Its Performance-Based Commission Model
Redefining The Value Chain in Tourism: Lessons From Thomas Cook’s Demise
Triptease Launches Retargeting for Hotels
Fuel’s Stuart Butler Selected to Participate as Expert Panelist at Triptease Direct Booking Summit Miami
New Research Shows Fraudulent, Misleading Hotel Bookings Rob Consumers of $5.7 Billion Annually
5 Reasons Why Agoda’s Mix and Save Feature Could Be Disastrous for Hotel Operations
The Rise and Fall of OTAs
Independent Hotels: An Action Plan to Win the Direct Booking
How To Move Your Rooms Toward Your Guest (Instead of Moving Your Guest Toward Your Rooms)
What Hoteliers Need to Know About Staying Relevant with Google Hotel Ads
How to Increase Hotel Direct Bookings
A New Look at the Direct-Booking Game for Hotel Chains
Limited and Select Service Hotels: 5 Ways Your Front Desk Staff Can Increase Direct Bookings and Cut Distribution Costs
Hospitality Financial Leadership: Why OTA’s Are Uber Successful
TravelClick Partners With The Guestbook to Bring Its Cash Back Rewards Program to Independent Hotels
The Direct Booking Summit: Americas – Agenda Announced!
Hospitality Financial Leadership: Why Your Average Joe Should Never Use an OTA – And… Why He Will Never Stop Using Them!