Dallas, USA – Hotels in Germany are poised to benefit from tourism numbers that are outpacing the growth of travel within the EU’s most visited country destinations, a new report has found today. State of the Nation 2019: How Big is the Opportunity for Hotel Bookings in Germany? by SiteMinder, the global hotel industry’s leading guest acquisition platform, reveals that Germany’s inbound arrivals have almost doubled (96%) in the last 10 years to surpass the growth rates seen across the EU.

While France, Spain and Italy continue to lead the EU in total traveler numbers, they trail Germany’s 96% growth rate with inbound arrivals that have grown 26%, 65% and 65%, respectively, over the last 10 years. The pace is expected to continue over the next four years with Germany forecast to see a 14% jump in inbound arrivals by 2023 to lead the growth forecast for France (12%), Spain (11%) and Italy (11%), according to data from Euromonitor International.

“International travelers to Europe have always flocked to the more traditional, popular destinations of France, Spain and Italy, but I believe we’re seeing a shift in traveler preferences that favor a country like Germany for the mere fact that it’s less explored. Today’s traveler is in constant search for a different kind of experience and Germany represents that to them,” says Clemens Fisch, Regional Manager – DACH at SiteMinder.

“Only 10 years ago, local hoteliers were competing for the 24 million travelers entering the country; this year it is estimated they will be competing for almost 40 million. The opportunity is big and hotels that aren’t already capitalizing on the surge in tourism need to seriously start now.”

Today’s findings from SiteMinder look at the makeup of travelers coming into Germany and the country’s most visited cities. According to the report, 27 million travelers visit Germany for leisure purposes while 11 million visit for business. Couples make up the largest portion of travelers (35%) followed by families (22%). More than 1-in-10 travel solo. 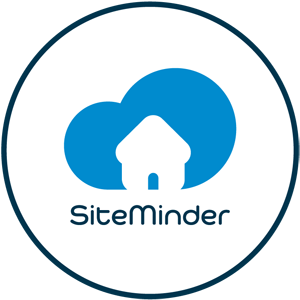 In an age of rising choice and accessibility for curious travelers, SiteMinder is the name synonymous with the belief that technology can empower any hotel to win in a consumer-led world and unleash their potential. SiteMinder is the global hotel industry’s leading guest acquisition platform, ranked among technology pioneers for its smart and simple solutions that put hotels everywhere their guests are, at every stage of their journey. It’s this central role that has earned SiteMinder the trust of more than 30,000 hotels, across 160 countries, to generate in excess of 80 million reservations worth over US$35 billion in revenue for hotels each year. For more information, visit www.siteminder.com.