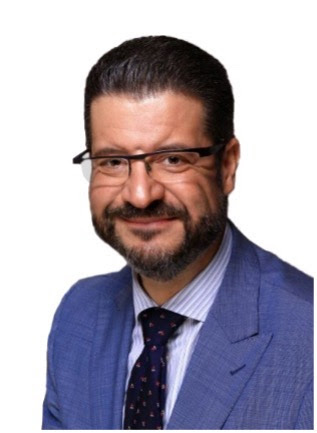 Hotel La Palma, Capri’s first hotel, which was originally built in 1822, is being transformed and reimagined by Oetker Collection and its owners, Reuben Brothers, into a true masterpiece hotel. Conceived as an elegant Mediterranean retreat on the fabled Italian island, the room count of the hotel is being markedly decreased from 80 to 50, including 18 suites, each complete with its own private balcony or terrace, with interiors by award-winning design maestro, Francis Sultana. This marks the first hotel by AD100 designer Sultana, who is collaborating with acclaimed Italian craftsmen and artisans. Located mere steps from the famous Piazzetta, Hotel La Palma will comprise a rooftop restaurant and bar under the culinary direction of legendary Italian Chef Gennaro Esposito. In addition to the property’s first ever pool and spa, in nearby Marina Piccola, Hotel La Palma will have its own private beach club, La Palma Beach Club, which will become a buzzing day-into-night destination.

A native of Tuscany, Fabio Datteroni’s career in hospitality has spanned over 30 years. Most recently, he acted as General Manager of Terme Di Saturnia Natural Destination, Spa and Golf Resort. His extensive experience also encompasses seven years as Managing Director and General Manager of Castello Del Nero Hotel & Spa where, during his tenure, he was appointed Luxury Travel Advisor’s Awards of Excellence Top General Manager Worldwide of the Year. Prior to that position, he opened Castello Banfi Il Borgo in Montalcino where he spent six years as General Manager and Hospitality Director. In addition to several roles held at hotels such as the Grand Hotel Continental in Siena, Datteroni has overseen consultancy projects at numerous high-end Italian properties.

“With the wonderful anticipation surrounding the forthcoming opening of Hotel La Palma, it gives me great pleasure to share Fabio’s appointment as General Manager. Fabio is not only a seasoned hotelier with expert knowledge of the Italian market, but he also shares our values of family spirit, elegance and genuine kindness. Fabio will bring La Dolce Vita to the fore for our guests, and we are delighted he is joining us at this pivotal moment in Oetker Collection’s history.”

On his appointment, Fabio Datteroni comments:

“I’m delighted and extremely honored to embark on my role as General Manager of Hotel La Palma. The transformation of this property is nothing short of incredible – Hotel La Palma is a masterpiece, perfectly poised to reign as Capri’s social epicenter once again. I cannot wait to open the doors of this very special place and welcome our guests.”

Oetker Collection is an exceptional portfolio of Masterpiece Hotels and Private Villas in Europe, the UK, Brazil and the Caribbean. Located in the world’s most desirable destinations, each property is a landmark and an icon of elegance, blending legendary hospitality with genuine family spirit that is unique to Oetker Collection. Carrying on a refined legacy in hosting that originated in 1872, the Collection’s mission is to preserve and extend its unparalleled standards through acquisition and management of one-of-a-kind properties.