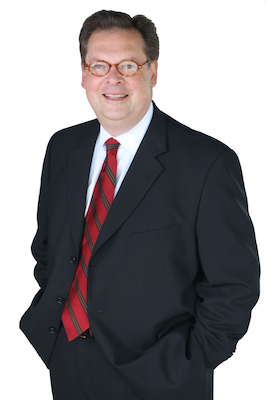 Atlanta, Georgia (December 8, 2020) – Following nearly two decades of invaluable leadership with Noble Investment Group (“Noble”) and an outstanding forty-year career in hospitality, Rodney Williams will be retiring at the end of this year. As a part of a multi-year succession plan, Mr. Williams announced his retirement to Noble’s senior team in January. He will continue to serve on the firm’s investment committee as a senior advisor.

“Rodney’s impact on our Noble organization has been profound. His vision, integrity, and devotion have made us a better team. His benevolence and grace have made me a better person. Perhaps Rodney’s most important legacy will be his most valued endeavor – helping to develop and inspire our next generation of Noble stewards to lead lives that matter,” said Mit Shah, Noble CEO.

Mr. Williams joined Noble in 2004 as the company’s first Chief Investment Officer with responsibility for leading the teams that source and underwrite investments and execute project developments.

“It has been an honor to have helped Mit foster an organization of such enduring value,” said Rodney Williams. “I am so very proud of our team and our superior track record as an institutional fiduciary, and I am equally excited about the firm’s next generation of leadership and growth. My colleagues at Noble are my family, and our journey together has been the most rewarding of my career.”

What Colleagues Are Saying:

“Rodney is a kind soul who has always been a great listener and sounding board for me. It would be impossible to count all the ways he has helped me throughout my career. I appreciate him for being a wonderful friend and valuable mentor,” said Adi Bhoopathy, Noble principal.

“Rodney has been a phenomenal teacher, supporter, and loving big brother to me for over twenty years.  I’m thrilled he now has the opportunity to enjoy the rewards from such a successful career,” said Ben Brunt, Noble principal.

“I am grateful to have worked alongside Rodney for many years. We have been fortunate to have had his investment acumen, wisdom, and calm demeanor in helping Noble prosper as an industry-leading real estate investment manager,” said Jim Conley, Noble principal.

“Rodney’s loyalty, contributions, and enthusiasm for our team’s success have made a lasting impact and will long be remembered,” said Kevin Grass, Noble principal.

“Rodney has been a titan in our industry for over four decades.  His hotel and real estate knowledge are matched only by his kindness and compassion towards the people he surrounds himself with.  It has been an honor to work alongside him,” said Steven Nicholas, Noble principal.

Founded in 1993, Noble is a minority-owned, industry-leading real estate investment firm that specializes in making income and value-add investments in upscale hotels throughout the United States. Through its private equity real estate funds, Noble has invested $4 billion in communities throughout the country, creating thousands of jobs. As an institutional fiduciary to foremost pensions plans, university endowments, and foundations, Noble's endeavors help to preserve and grow our limited partners' capital, which assists in providing retirement benefits for our country's teachers, law enforcement, firefighters as well as financial resources for students to attend college. For more information, please visit www.nobleinvestment.com.