Under the management of Noble House Hotels & Resorts, The Stella Hotel is proud to announce Steve Dennis as general manager and Tonda Campbell as director of sales of the 176-key lifestyle hotel in Bryan-College Station, Texas. The AAA Four Diamond boutique property, which anchors Lake Walk, the vibrant 180,000 square-foot town center of ATLAS and the Traditions Club, provides a one-of-a-kind experience with genuine Texas hospitality in a sophisticated and memorable atmosphere.

In his role as general manager, Dennis leads all day-to-day operations for The Stella Hotel. A seasoned hospitality veteran, Dennis has over 25 years of experience working in rooms, sales & marketing, food & beverage and security, which has led to his extensive background and knowledge of the industry. Over the years, Dennis has worked in hotels coast to coast in states as varied as Hawaii and Alaska to New York and Las Vegas. Dennis’ experience in both branded and independent environments makes him an important asset to The Stella Hotel.

Prior to joining The Stella Hotel, Dennis served as the general manager of Marriott Salt Lake City University Park. While leading the hotel, Dennis received the Hostmark Hospitality GM Achievement Award in 2016 and 2017 as well as the Most Improved Hotel Award in 2017. In his free time, Dennis enjoys sports, spending time with his family and being involved with the community. Before becoming an expert in all things hospitality, Dennis spent some time as a weatherman and stand-up comedian.

Texas-native Tonda Campbell brings over two decades of hospitality and sales experience to The Stella Hotel. In her role as director of sales, Campbell’s responsibilities include driving revenue to the property and executing effective sales campaigns. Most recently, Campbell was the area director of sales for Aimbridge Hospitality in College Station, where she received a nomination for Director of Sales of the Year in 2017. Additionally, Campbell has worked in sales at The Crowne Plaza in Austin, the Holiday Inn & Suites in Houston, The Hilton in St. Louis and The Sheraton in Oklahoma City.

Campbell resides in College Station where her daughter is a sophomore at Texas A&M University. When Campbell isn’t working, she enjoys spending time kayaking and hiking or visiting her son at Cisco College in Abilene, Texas.

About The Stella Hotel 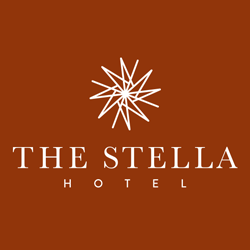 Introducing The Stella Hotel, the first independent full-service hotel in Bryan/College Station, Texas. Anchoring Lake Walk, our 176-room hotel unites music, art, design, and service to handcraft a genuine Texas experience. Fresh but familiar, authentic yet evolved. A place that mirrors the progressive, intellectual spirit of our surroundings. From summer concerts on the lawn to seasonally inspired cuisine, everything about Stella exudes the warmth and cherished traditions of Texas.