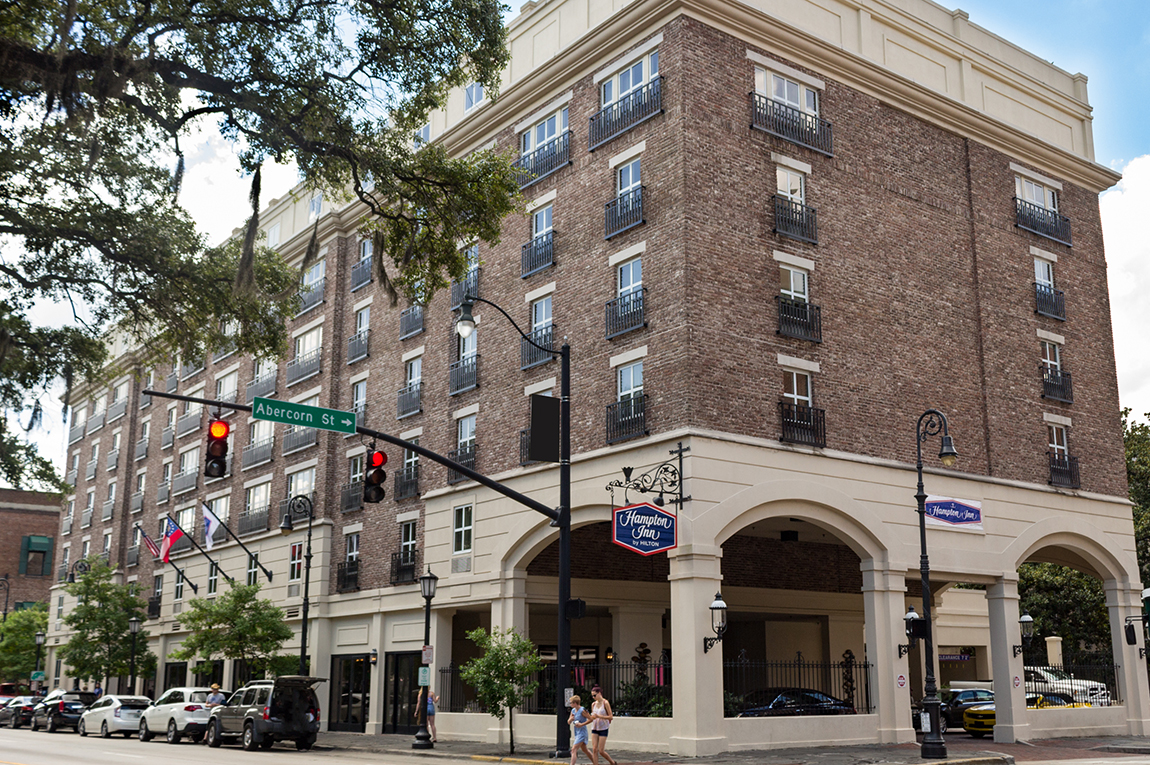 Savannah is recognized as one of the top visitor destinations in the world. In 2021, Savannah was named the No. 3 Top City in the United States by Travel + Leisure in the annual reader’s World’s Best Awards and ranked on TIME’s list of The World’s Greatest Places of 2021. The city was also ranked in the Condé Nast Traveler 2021 Readers’ Choice Awards as the No. 8 Best City in the U.S. The Savannah/Hilton Head International Airport took top honors as the No. 1 Best Airport in the U.S.

Savannah’s Historic District is the most extensive National Historic Landmark District in the United States. It contains more than twenty city squares filled with museums, historic landmarks, mansions, and monuments from the Revolutionary and Civil War eras. The city is known for manicured parks, horse-drawn carriages, and antebellum architecture and attracts over fifteen million annual visitors contributing more than $3.0 billion to the local economy.  The hotels’ central location on East Bay Street provides direct access to explore the city’s numerous leisure attractions, is a short ferry ride to the Savannah Convention Center, and is proximate to the Port of Savannah, the country’s third-busiest container port. Significant market growth continues with the recently completed mixed-use Plant Riverside District on River Street and the multi-phase Eastern Wharf development, which has delivered additional luxury residential units and class A office space to the city.

Founded in 1993, Noble is a minority-owned real estate investment manager with a diverse team specializing in the upscale U.S. lodging sector. Through its institutional real estate funds, Noble has invested nearly $5.0 billion in communities throughout the country, adding value across cycles and creating thousands of jobs. As a signatory to the UNPRI and a fiduciary to foremost pensions plans, endowments, and foundations, Noble's endeavors help to preserve and grow its limited partners' capital, which assists in providing retirement benefits for our country's teachers, law enforcement, firefighters, other pensioners, and financial resources for students to attend college. For more information, please visit www.nobleinvestment.com