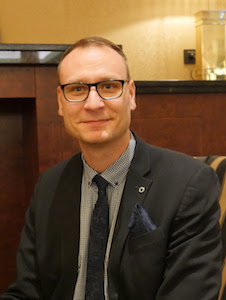 Frankfurt am Main, 24 July 2019 — 37-year old Nils Arnold has continued a meteoric career by being appointed as General Manager of the IntercityHotel located in the Saudi-Arabian capital of Riyadh with effect from 14 July. In his new job, he is responsible for all strategic business areas of an upper mid-range hotel which boasts 82 rooms and four suites.

Over the past five years, Mr. Arnold has performed various sales and event management roles at the Steigenberger Hotel Bad Neuenahr and thus already has a thorough grounding in the Deutsche Hospitality brand portfolio. Before this, he had gained initial experience by working as a receptionist in various hotels following completion of his traineeship at Kromanns Hotel & Fiskerrestaurant Fanoe in Denmark. Mr. Arnold was born in Rostock and holds a diploma in International Travel and Tourism Management from the European School of Business and Languages in his home city. His further qualifications include state-certified commercial assistant and foreign language correspondent.

“Nils Arnold is a young General Manager whose leadership qualities will create the perfect prerequisites for the ongoing success of the IntercityHotel Riyadh Malaz,” said Joachim Marusczyk, founding Managing Director of IntercityHotel GmbH.

The IntercityHotel Riyadh Malaz occupies a central position in the city’s old business quarter. Guest facilities include fully air-conditioned rooms with modern furnishings, free Wi-Fi, a fitness centre complete with a pool and a restaurant that is open all day. More than 40 other IntercityHotels can be found at major transport hubs in cities both in Germany and abroad. IntercityHotels provide guaranteed comfort, and the convenience of their location at the respective destination is a particular selling point.

IntercityHotel is a Deutsche Hospitality brand which stands for modern upper mid-range urban hotels. IntercityHotels are located within easy walking distance of airports or railway stations. Guests also benefit from a “FreeCityTicket” scheme, which enables them to use local public transport free of charge. The IntercityHotels portfolio encompasses 40 hotels in Germany, Austria, the Netherlands, Oman and China, and 20 further properties are currently at the development stage. Deutsche Hospitality operates four further brands. Steigenberger Hotels & Resorts boast 60 hotels housed in historic traditional buildings and lively city residences and also offer health and beauty oases set at the very heart of nature. MAXX by Steigenberger is a new and charismatic concept which places the focus on the essential in accordance with its motto “MAXXimize your stay”, whilst Jaz in the City branded hotels reflect metropolitan lifestyle and draw upon the local music and cultural scene. Zleep Hotels provide quality and design at an affordable price in Denmark and Sweden.