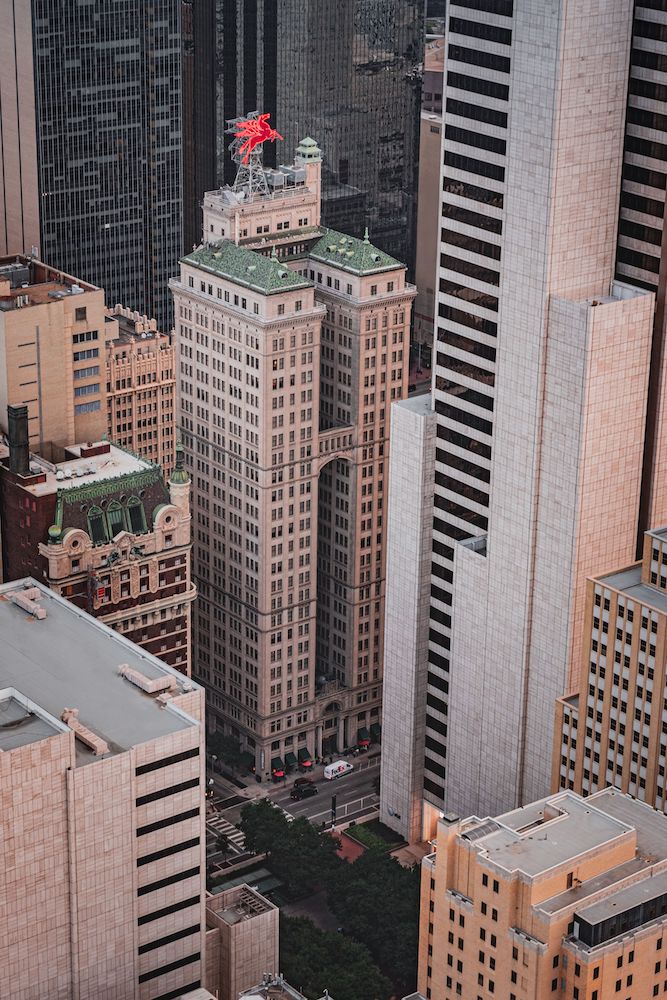 It’s the first investment by NewcrestImage’s new $100 million real estate fund, which has raised more than $25 million since being announced on January 4th of this year.

The hotel is one the most recognized buildings in downtown Dallas, opening in 1922 as the headquarters offices for Magnolia Petroleum.  It was the city’s first skyscraper and the first high-rise in the United States to have air conditioning.  The site, listed on the National Register of Historic Places, opened as a luxury boutique hotel in 1999.

“Rooted in history and ready to be reinvented for the future – that describes this hotel, and also our entire hospitality industry right now,” said Mehul Patel, Chairman and CEO of NewcrestImage.  “The Magnolia Hotel is an especially relevant and significant opportunity for us because it continues two important corporate commitments – re-energizing downtown Dallas and revitalizing historic buildings.”

The hotel is located on Commerce Street directly across from the 37-floor world headquarters of AT&T and the expansive $100 million AT&T Discovery District, which is a major destination for shopping, dining, and entertainment.  The area features the latest in 5G technology, including a 30-foot diameter interactive “walk in” sculpture and a 104-foot high media wall for watching sports, movies, and music events.

Located within three blocks of the Magnolia Hotel are three hotels owned and operated by NewcrestImage, all of which are examples of the company’s creativity in adaptive reuse.  There is the 176-room Hampton Inn & Suites which became the largest Hampton in metro Dallas when it opened in 2016 in the 18-floor former Allen Building, originally built in 1923.

Immediately adjacent to the Hampton are the 128-room AC Hotel and the 121-room Residence Inn, which have been together since 2017 in a dual-branded 21-floor building that first opened in 1956 as the Mercantile Commerce Building.

“Our team doesn’t just change historic buildings into modern hotels – we change the entire hotel experience for travelers,” explained Patel.  “We create an intimate, comfortable, and safe feeling in the heart of a busy urban environment.”

NewcrestImage has repeatedly won industry awards and accolades for its innovative make-over of historic locations into prestigious, one-of-a-kind hotels throughout the country.

Beyond the three examples in downtown Dallas, the company’s other notable projects to renovate and restore historic buildings include the Courtyard by Marriott in downtown Amarillo; the SpringHill Suites / TownePlace Suites dual brand in New Orleans; and two AC Hotels by Marriott – one in downtown Houston and another in the New Orleans French Quarter.

According to Patel, various luxury re-branding options are being considered for the Magnolia Hotel.

One of the Magnolia Hotel’s special traditions is offering complimentary bedtime milk and house-made cookies every evening between 8 p.m. and 10 p.m. – a service that is suspended currently due to COVID but is expected to return as soon as conditions are safe.

Another enduring hotel highlight is Pegasus, the winged horse from Greek mythology, that appears in portions of the interior decor, notably in artwork and in engravings on the original elevator doors.  This symbol first appeared on the roof of the building in 1934 as a 35-foot by 40-foot highly-visible rotating red neon sign to welcome attendees for the American Petroleum Institute’s annual convention.

The rooftop winged horse quickly became a signature landmark for the hotel and even for the city, and it eventually grew into one of the world’s most recognized logos, serving as the trademark for Mobil Oil when that company merged with Magnolia Petroleum in 1959.

“I’m confident that NewcrestImage will find ways to make Pegasus even more meaningful, even more memorable for this property and for the community,” added Patel.  “We are a company that develops hotels, but we also conserve and preserve historic buildings.”

Patel emphasized, “Our focus is always on enhancing a property – by adding memories for our guests, adding purpose for the neighborhoods where we do business, and adding value for our investors.”