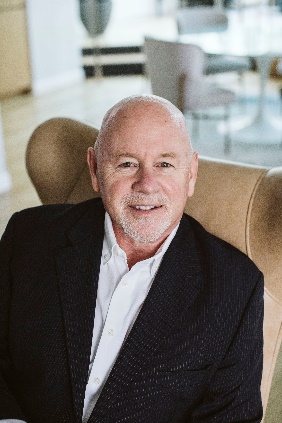 NEW YORK (September 23, 2022) – Hilton has announced the appointment of Mark Sanders as the general manager of the iconic 1,878-room New York Hilton Midtown, which is owned by Park Hotels & Resorts and managed by Hilton. In his new role, Sanders is responsible for overseeing the day-to-day operations of the city’s hotel with the largest hotel meeting space footprint, including the largest ballroom in the destination. Sanders joins New York Hilton Midtown from Highgate Hotels & Resorts where he served as managing director and led hotel operations for The Crowne Plaza Times Square Manhattan Hotel, an IHG hotel.

“New York Hilton Midtown has long been recognized as one of the most legendary properties in midtown Manhattan and it is an honor to lead this incredible, talented and dedicated team,” said Sanders. “As the hotel’s new general manager, I look forward to ensuring this hotel continues to remain a top choice for groups, meetings, and events of all shapes and sizes along with our leisure and business travelers by continuing to elevate and deliver an unforgettable customer experience in one of the most sought-after destinations in the world.”

A native New Yorker and a hospitality veteran with over 40 years of experience, Sanders’ career encompasses leadership roles at some of the country’s largest convention hotels in New Orleans, Boston, Dallas, Chicago, and New York. He started his career in human resources at the New York LaGuardia Airport Marriott, and eventually held the role of vice president of human resources for the South-Central region for Marriott, overseeing 32 managed hotels. He returned on-property as resident manager, hotel manager, and general manager at New Orleans Marriott Hotel before being promoted to area general manager, overseeing 11 hotels in the city.

Since returning to New York, he has held various roles including general manager and complex general manager, regional vice president, and managing director at hotels including, Millennium Hilton New York One UN Plaza.

Sanders holds a bachelor of science degree in business administration and industrial relations from Wilkes College. Throughout his career, he has held various industry titles with hotel lodging associations across the country and is an active board member for the Times Square Alliance.

Located in the heart of midtown Manhattan, the legendary 1,878-room New York Hilton Midtown is ideal for both savvy business and leisure travelers seeking a convenient location close to New York City’s world-famous attractions. An iconic landmark in the city, the hotel was built in 1963 and is within walking distance of Central Park, Rockefeller Center, Radio City Music Hall, Museum of Modern Art, Carnegie Hall, and renowned Fifth Avenue shopping, making it the perfect home base for travelers. The hotel boasts the largest fitness center in Manhattan with Peloton bikes, perfect for keeping up with any at-home fitness routine on the road, and a 16,000 sq. ft. rooftop that hosts the property’s beehives which house 450,000 bees tended by a beekeeper. The hotel participates in Hilton Honors, the award-winning guest loyalty program for Hilton’s 18 world-class brands.

New York Hilton Midtown is located at 1335 Avenue of the Americas, between 53rd and 54th Street in Manhattan. To book a reservation, visit newyorkhiltonhotel.com.

Read more about Hilton Hotels & Resorts at Stories From Hilton.