New Survey Shows 66% of Americans Unlikely to Cancel Vacation Because of the Coronavirus, but 63% Would Cancel International Business Trip

Home/New Survey Shows 66% of Americans Unlikely to Cancel Vacation Because of the Coronavirus, but 63% Would Cancel International Business Trip

New Survey Shows 66% of Americans Unlikely to Cancel Vacation Because of the Coronavirus, but 63% Would Cancel International Business Trip 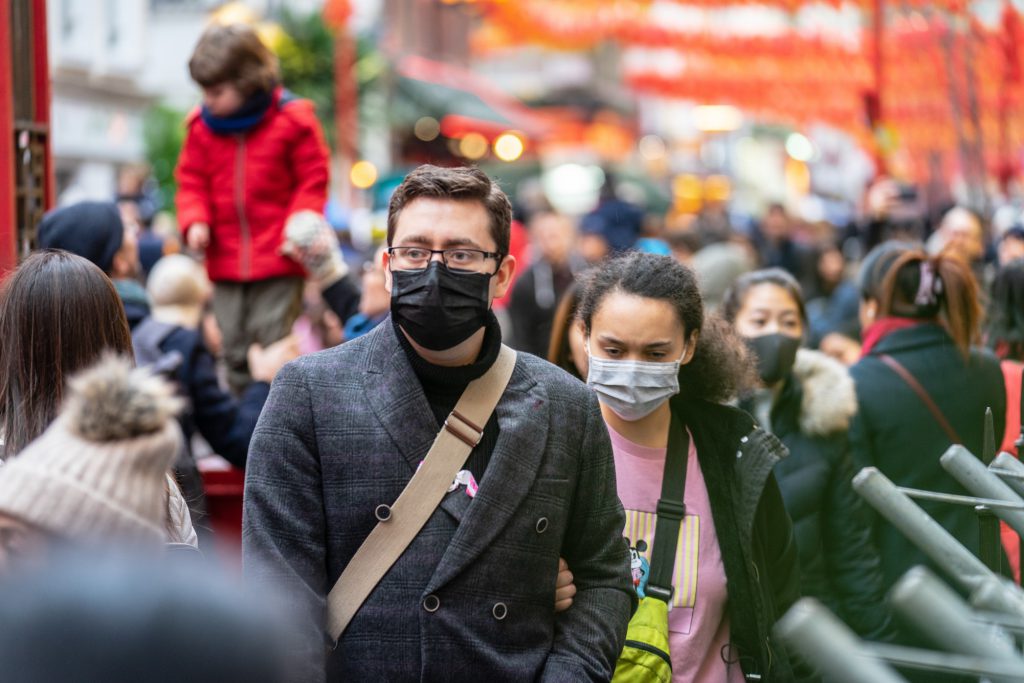 Most Americans would not cancel and upcoming vacation because of the coronavirus threat, but would cancel an international business trip, according to a new series of polls conducted by Reservations.com. One survey shows that respondents predict the global travel industry will suffer from the outbreak.

The global death toll of the coronavirus sits at more than 2,400 deaths with the vast majority in China’s Hubei province, the center of the outbreak, with over 2,300 deaths. As of February 22, 2020 there were over 64,000 cases in the epicenter of the outbreak, with over 40,000 patients hospitalized. Only 17 deaths have occurred outside of mainland China so far, in Iran, Japan, Hong Kong, Italy, and South Korea. 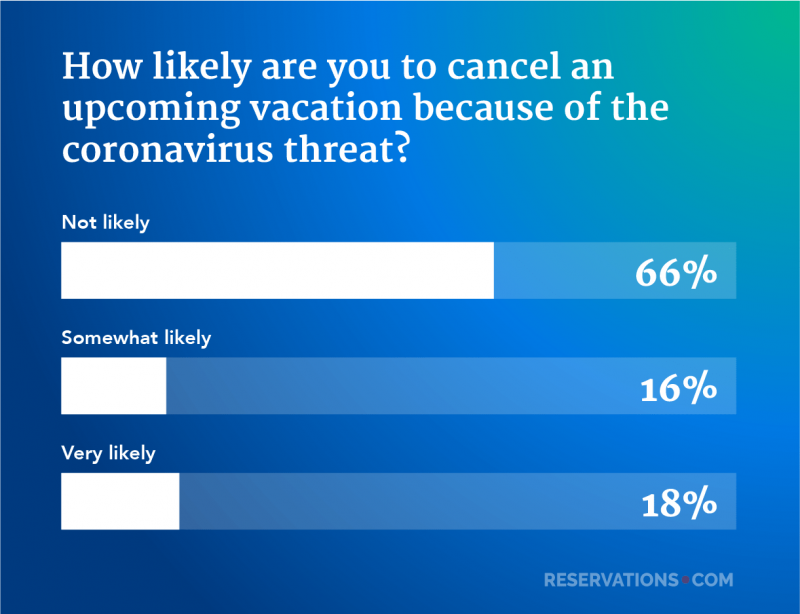 The responses swung the other direction when asked about the possibility of canceling an international business trip, with a total of 63% indicating they would probably, very probably, or definitely cancel.

While the World Health Organization is not currently advising travel restrictions or cancellations outside of parts of China, this survey does demonstrate an increased fear of international travel, regardless of official guidance. 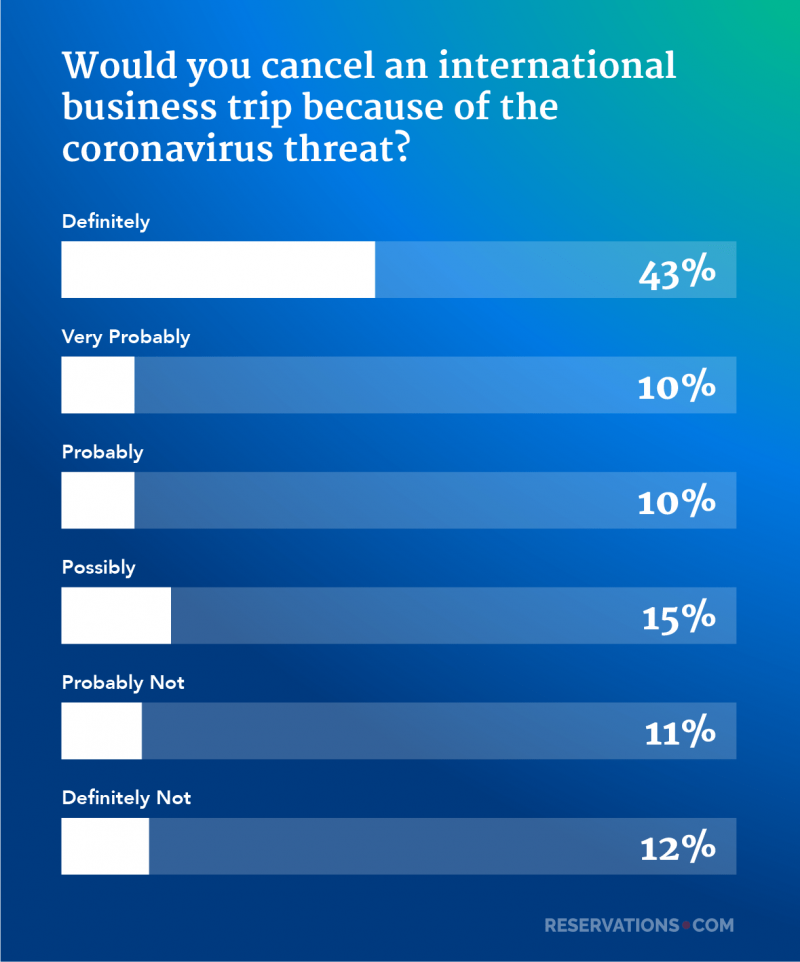 The 45-54 age group was the least likely to commit to canceling the trip, with just 35% of these respondents indicating they would definitely cancel the trip, a full 8 percentage points lower than the average.

Women were slightly more in favor of canceling an international business trip, with 44% indicating they would do so, while just 40% of men said they definitely would.

64% think the travel industry will suffer from the coronavirus

When asked about the virus’s impact on the travel industry globally, a full 64% think the industry will suffer, while 24% are undecided and just 12% disagree or strongly disagree.

While the general population can only give their opinion on the business end of the travel industry, this can certainly be an early indicator of how consumers will vote with their dollars, especially with the fast-approaching spring and summer travel season upon us. 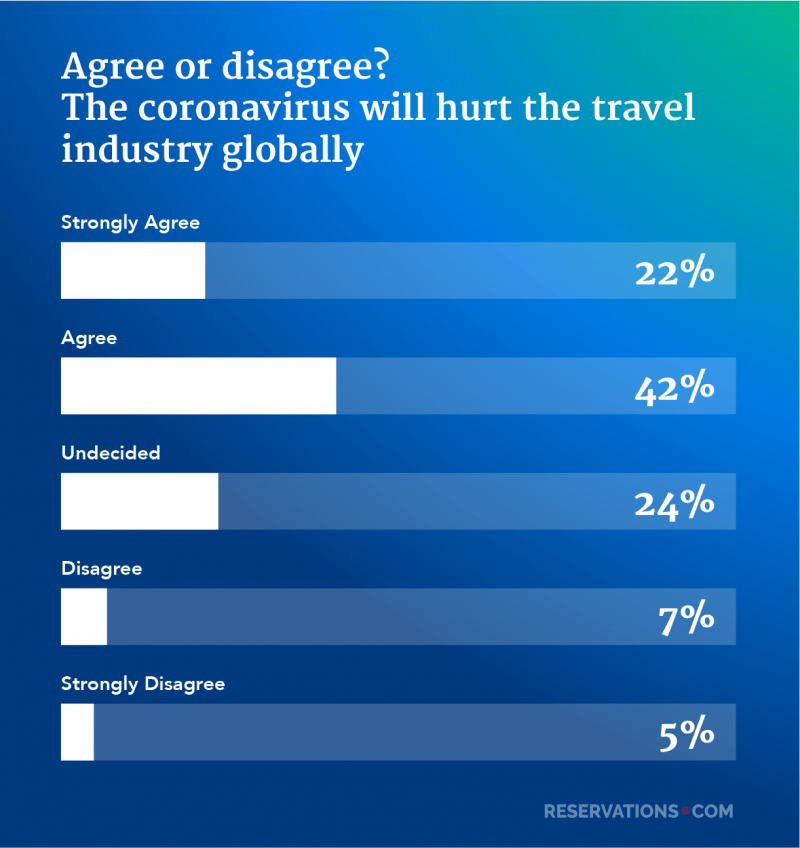 The coronavirus is often compared to the SARS outbreak in 2003, which severely impacted travel in Southeast Asia. The hardest-hit regions, Singapore and Hong Kong, witnessed a 43% and 41% decrease in tourism industry GDP, respectively, according to Hospitality Net.

Earlier this month The Economist reported a 45% decline in hotel bookings throughout China in the last few weeks, and predicts similar declines in air travel. The article points to a 35% drop in travel on airliners during the 2003 SARS outbreak.

These online surveys polled 1,001 adult internet users in the United States from February 15 to 19, 2020 via the Google Surveys platform. Responses were weighted using gender, age, and region to match the demographics of the national internet population as estimated by the U.S. Census Bureau’s Current Population Survey.

Google Surveys statement: “We validate results against outside data, such as government-issued statistics, and results are as accurate or more accurate than other online platforms. Several analyses have found Google Surveys to be a useful survey tool. Read the whitepaper to learn more or see the analysis done by the Pew Research Center.”