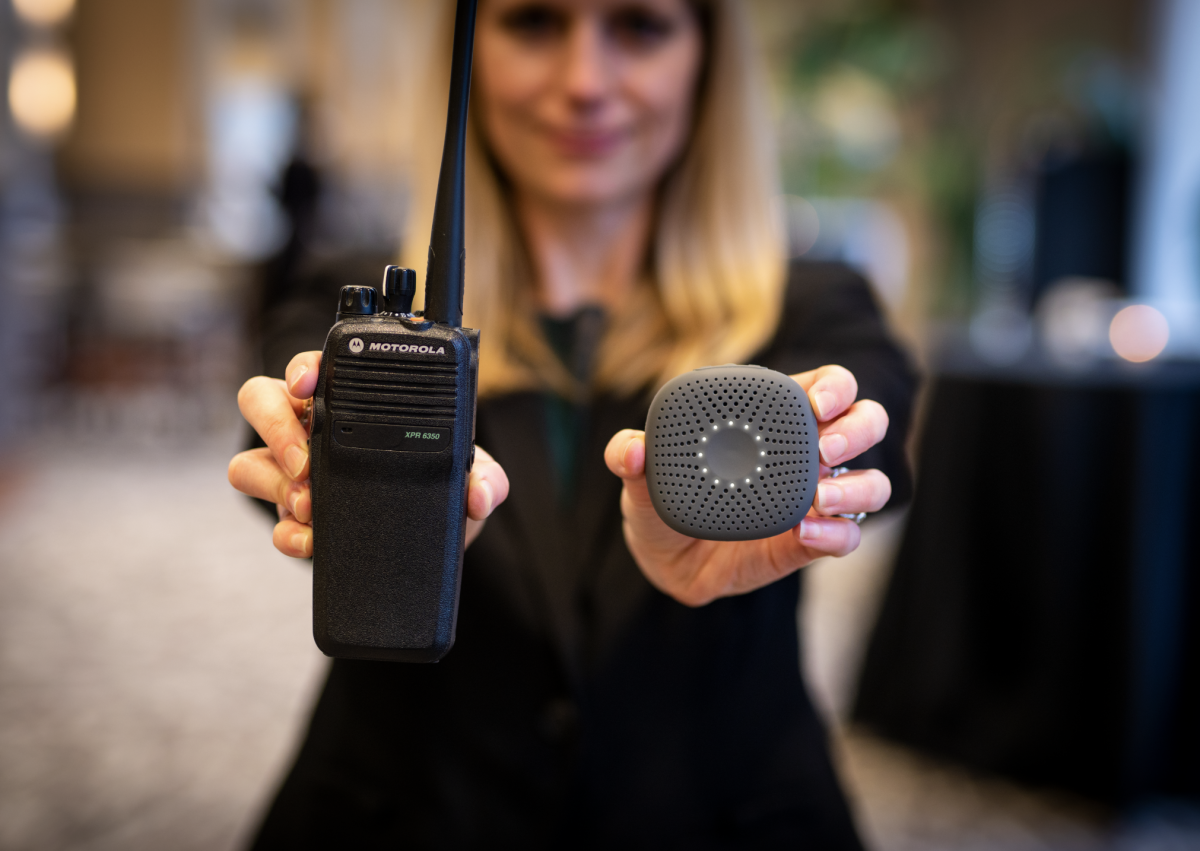 Approximately one in five employees felt unsafe at work because of faulty walkie-talkie radios, and more than 70% of workers have resorted to using personal smartphones on-the-job because of radio malfunctions

Raleigh, North Carolina, September 27, 2021 — A new survey examining hospitality employees’ satisfaction with their company’s current walkie-talkie radios has found close to 50% of workers would consider quitting their jobs for better, safer workplace communication technology. The survey, conducted by Relay, the voice-first communications platform for frontline workers, finds that approximately one in three respondents considers the need to upgrade workplace communications such a priority, they would contemplate leaving their current company immediately.

Further results revealed that approximately one in five respondents had felt they had been put in an unsafe situation or felt unsafe in general at work because of failure to connect quickly over radios. When dealing with malfunctioning radios, whether communication was out of range or an employee wasn’t able to connect on the right channel, among other issues, more than 70% of respondents resorted to using their personal smartphones at work to maintain operational efficiency.

The lack of confidence with workplace radios among employees comes at a time when the nation’s hospitality industry is facing a critical labor shortage brought on by the pandemic that has extended through two tourism seasons to date.

“It’s become clear that traditional radios often cause more operational problems than they solve,” said Chris Chuang, CEO of Relay. “Increasingly though, innovative workplace technology is gaining greater appeal as a driving factor of retention, and it’s essential that these employees can perform their responsibilities, safely and without any shortcuts.

The results are findings from a nationally-represented survey of 250 U.S. participants that are 18+ years old who work in the hospitality industry that have shared their experience with company-issued walkie-talkie radios. Other additional survey discoveries include:

•  Slow front-of-house operations: Almost 40% of employees have had an operational issue or guest request take too long because of failure to connect effectively over traditional radios.

•  Consensus to upgrade: Nearly 90% of employees stated they would feel better if their current employer updated their radios to something more reliable and capable of increasing guest satisfaction.

Relay is building the next generation of voice-first technology for the deskless workforce through an innovative, durable, and highly adaptive platform accessible on demand across the device, mobile app and desktop dashboard. The company delivers voice-enabled technology for frontline teams to quickly connect to the people and information they need to get their jobs done safely and more efficiently. Relay has experienced a 1600% growth over the last six months, and recently launched its breakthrough panic button feature to maintain on-the-job safety for workers in hospitality and facilities management as an increased number of state and local panic button mandates come to pass.

Full details on the survey can be found here.

Relay is a communications platform for frontline teams that replaces the smartphone and makes the walkie-talkie obsolete. A product of the team behind Republic Wireless, the push-to-talk, voice-first hand-held Relay device is easier to use than a simple walkie-talkie, has nationwide range with 4G LTE and WiFi, and is built upon a powerful and flexible software platform that can rapidly adapt to the needs of virtually any team. Relay’s vision is to empower frontline teams with technology that allows them to safely and quickly connect to the people and information they need to get their jobs done more efficiently. For more information, visit www.relaypro.com.