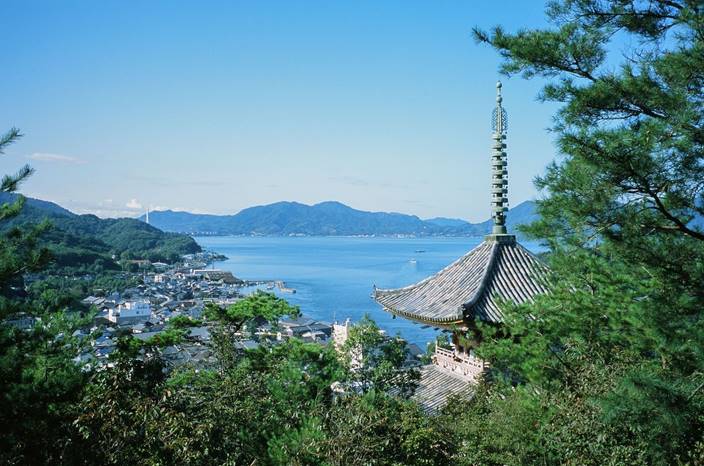 October 2020, JAPAN: Adrian Zecha, Founder of Aman, alongside Japanese hospitality group Naru Developments, announce the launch of their new brand Azumi. The brand will offer a fresh take on the Japanese ryokan by combining the wholehearted, personal hospitality that characterizes a traditional stay with the best elements of the global hotel experience. The first Azumi property is scheduled to open in the Setouchi Region of Japan in Spring 2021.

The ryokan – a type of Japanese inn – can be traced back to as early as the 8th century, serving as a waypoint for weary travellers to refuel and rest overnight. While modern hotels have been developed in their numbers, the ryokans still found scattered across Japan continue to preserve a more traditional lifestyle: immersing guests into time-honoured customs and hospitality. At the heart of the ryokan is the warm and sincere welcome offered – comparable to a personal invitation from the aruji (head of the house). This has made the ryokan experience synonymous with the utmost attention and care towards guests – distinguished by an innate sense of what they might want, and what might make them more comfortable and at peace.

Azumi will take this cultural framework and infuse it with a quality offering that appeals to the modern, global traveller. The balance between tradition and innovation is integral to all parts of the brand; demonstrated through everything from the design, service, food and beverage, to wellness and cultural programming.

For example, the team has spent an immense amount of time over the past four years with Shiro Miura, a Kyoto architect specializing in Japanese design & architecture, to find the right harmony between traditional design and modernized comfort for the brand. Shiro has, in turn, brought in artisans, artists, and gardeners to add layers of expertise to the project as if it was a jazz session. The process centres on a respect for established culture and local community, while seeking to adapt and reuse for future generations.

The first Azumi, launching in Japan in Spring 2021, is located on one of the islands in Setouchi Region (the Seto Inland Sea). This area is the calmest part of the channel, with clear, blue waters and pure, fresh air. It is known today, due to its mild and temperate climate, as a key part of the citrus industry within the country. The region is also historically significant; said to contain the origin story of Japanese culture, due to the constant flow of nourishment, goods and knowledge that traversed the inland sea over the last two millennia. This flow originated from continental Asia, towards the final primary destination of Osaka.

The brand is named after the Azumi people, one of the ancient seafaring tribes who crossed the ocean and settled in Japan, who are considered to be the originators of one of Japan’s earliest sea religions. Azumi celebrates the many layers of history and cultures of the communities that coexisted across Asia, which came together over generations across the ocean to form what is now recognised as the Japanese archipelago. Each Azumi property will serve as a medium of expression for each locale and its climate: charting the diverse and dynamic roots of Japan’s cultural background.

“I was first acquainted with ryokans when I was living in Japan back in the 1950’s as the Asia correspondent of TIME magazine. My favorite ryokan was a retreat from the hustle and bustle of the city. It was owned and operated by one family and they were deeply rooted into the local community.

The hospitality was just right – I was treated as something in between a guest and a dear family friend. This relationship with the family who owned the ryokan made the place an extension of my own home in Tokyo.” – Adrian Zecha

“When I first met Adrian in Singapore and told him that I was Japanese, he said ‘Well you have a beautiful culture – ryokans.’ When Adrian left Aman, it became a dream for me to work with him on updating and rejuvenating ryokans.” – Yuta Oka, Naru Developments

“Many hotels and restaurants in Japan focus on expressing the thin-sliced surface of the Japanese culture and history, instead of going deep into the roots of each region. As hoteliers with global experience but with Japanese roots, we are happy taking on that challenge. That is how Azumi began.” – Fumitomo Hayase, Naru Developments

Azumi is a medium to express a chosen location. Each Azumi locale is headed by an aruji (head of house), whose staff offer wholehearted hospitality, characterized by the peacefulness of a ryokan and the warmth of family. With deep consideration for the local community, culture, and history, our hope is to both respect the diverse roots of culture and community, and to provide fertile ground for guests to plant a new idea or intention to take back with them.

Founder & Chairman of Azumi. Aman being a representative example, Zecha throughout his life has created global hotel brands that redefine the location of chosen sites. In 1988, he established Amanpuri, the first Aman, and in doing so reinvented vacation experiences. His philosophy was to create elegant, boutique accommodations with a minimalist and environmentally sensitive approach, combining intimacy and style with unparalleled service. Zecha lived in Tokyo in the 1950s, working as a journalist. He was a regular at ryokans and it was there he was inspired by the services of the then aruji (head of house).

Founder & Director of Azumi. A hotelier involved in the creation of hotels including K5 in Tokyo, Japan. Prior to starting his hotels, Yuta was engaged in real estate private equity in Asia and North America. He then consulted for the management team and owner group of Aman on its real estate investments and management strategy – where he met Adrian and Fumitomo.

Founder & Director of Azumi. Prior to starting Azumi, Fumitomo was the Japan Representative of Aman where he sourced and managed development of Aman Tokyo and Amanemu in Ise. He joined Aman as a Management Trainee and has been in operational posts within various hotels around Asia.