“Chef Poliviou is already bringing a depth of experience to our team, offering an upscale yet approachable culinary style to groups and leisure travelers alike,” said Stephen Batta, General Manager. “For his first major event at the hotel, Chef showcased his renowned creativity, leadership and teamwork for the discerning guests at our celebrity-studded pre-Grammy gala.”

Most recently Executive Chef at the iconic JW Marriott Essex House in Manhattan, Chef Poliviou is known for his distinct style, stemming from his training under acclaimed Chefs Gary Kunz of Lespinasse at the St. Regis Hotel, Patrick Clark at Tavern on the Green and Christian Delouvrier of Les Celebrites. Chef Poliviou also has led culinary operations in New York, San Francisco, Chicago and Philadelphia, including the New York Marriott Marquis, Marriott at the Brooklyn Bridge and The Ritz-Carlton Georgetown in Washington, D.C.

Chef Poliviou is devoted to promoting the culinary arts and is the recipient of numerous awards for his support of the local community, including being named winner of the James Beard Grand Tasting Chefs Table in 2014. President of Les Amis d’Escoffier Society since 2015 and Executive Member of the board, he also has been a member of the American Culinary Federation Big Apple Chapter since 1991. Chef Poliviou often participates in high-profile competitions and events such as the Chefs Collaborative Summit in NYC, guest speaking at notable trade shows and colleges, and has made several appearances on Food Network and The Cooking Channel.

Chef Poliviou is a graduate of the Culinary Institute of America. He resides in New York with his wife and two daughters, and enjoys deep sea fishing and family time at the beach in his free time. 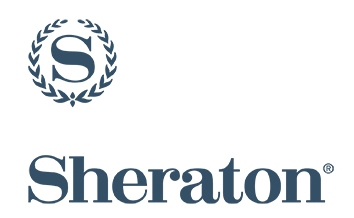 The Sheraton New York Times Square Hotel has enjoyed a rich history, welcoming high-profile figures from The Beatles to every U.S. President since opening as one of the most iconic hotels on the New York City skyline in 1962. Situated between Central Park and Times Square, all guestrooms and public spaces have the perfect combination of comfort, convenience and Manhattan style. With 1,780 recently renovated rooms offering a sophisticated look and a contemporary touch, the hotel appeals to vacationers and business travelers alike. The hotel features amenities such as a signature Club Lounge with floor-to-ceiling windows overlooking Seventh Avenue and the casual Hudson Market restaurant. And in spring 2018, a new Fitness Center and innovative lobby bar dining experience will debut, providing guests with even more options for work and play. With 62,000 square feet of flexible meeting space, the hotel is an ideal location for business meetings and functions from three to 3,700. For more information, go to www.SheratonNewYork.com.

Sheraton Hotels & Resorts, part of Marriott International, Inc., makes it easy for guests to explore, relax and enjoy the possibilities of travel at more than 450 hotels in over 75 countries around the world. Sheraton continues to enhance the brand through innovative guest experience, differentiating design, multi-channel marketing and a sharp focus on service. Sheraton is proud to participate in the industry’s award-winning loyalty program, Starwood Preferred Guest®, in which members can link accounts with Marriott Rewards® and The Ritz-Carlton Rewards® for instant elite status matching and unlimited points transfer. To learn more, visit www.sheraton.com.