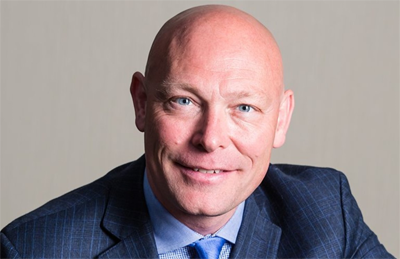 Kerpel joined New Castle in1999 as the general manager of the Westin Nova Scotian before assuming broader responsibilities for development and operations of the company’s Canadian portfolio including the northeastern U.S.   Under Kerpel’s leadership, New Castle expanded its Canadian presence from one hotel to eight, including the recently opened Residence Inn/Courtyard by Marriott at Dartmouth Crossing in Nova Scotia.  New Castle is regularly named one of the leading employers and best places to work in Atlantic Canada.

“Guido’s operational expertise, coupled with his eye for identifying sound development opportunities and his support of New Castle’s culture make him the ideal candidate to lead us into the next decade,” said Jeremy Buffam.

“He is a can-do, collaborative leader who has earned the respect of his team, the admiration of our owners and investors and the loyalty of clients in every market,” added Julian Buffam.

A native of the Netherlands, Kerpel speaks English, Dutch, French and German and is a graduate of the prestigious Hotel School in The Hague.  Career opportunities brought him to Canada in 1988 as the assistant food and beverage manager of the Westin Prince in Toronto.  From there he transitioned to hotel operations at a 450-room Holiday Inn on King in Toronto and the Delta Ottawa Hotels and Suites.  Immediately prior to joining New Castle, Kerpel served Delta West Coast Operations as it completed its integration with Fairmont Hotels.

“I’m looking forward to expanding on New Castle’s 40-year legacy as a respected owner/operator,” said Kerpel.  “My mentors, company founder David Buffam and longtime president Gerry Chase, established a rock-solid foundation supported by a culture that is deeply felt and unwavering.  With this approach, and our ongoing commitment to innovative data and technology platforms, we are well positioned for the next era of growth and opportunity with our partners and associates.

“Our development pipeline is flowing, and our portfolio continues to drive attractive returns for our investors.  Many of our hotels lead their markets and this is an ideal time in our company’s history for renewed operational leadership and focus.  I look forward to supporting the great work being done by our team,” he added.

Kerpel is a past Director of the 76 Highlanders Regiment at Citadel Hill, and a current board member of B4 CheckIn, a hospitality technology company.  From 2011 to 2019, Kerpel served the Kingdom of The Netherlands as Honorary Consul in Nova Scotia and Newfoundland/Labrador.

About New Castle Hotels and Resorts

New Castle Hotels & Resorts is a fully integrated, industry-recognized hospitality investment, development and management company that has built its reputation executing complex operational turnarounds, new-build developments and conversions, including historic redevelopments. New Castle consistently ranks among the top 100 US hotel management and development companies and is routinely recognized as a top employer in Canada.  The company has earned preferred status and works in close partnership with most of the industry’s leading brands.