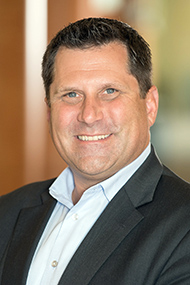 “It is indeed a pleasure to have Mike lead Doral Arrowwood,” said Mr. Champion. “He has brought with him a tremendous knowledge of the resort’s market opportunities for all business segments, in addition to broad hospitality operational experience. This is a return to Benchmark for Mike, who is well versed in our company’s signature ‘Be The Difference’ guest service culture.”

His new position represents a return to Benchmark for Mr. McNeill. Earlier in his career he held director of rooms and director of human resources positions for Benchmark properties in Virginia and California.

Mr. McNeil is a graduate of California State University-Chico. He and his family reside in Ridgefield, Connecticut.

Doral Arrowwood is located amid 114 wooded acres in Rye Brook (Westchester County), New York, just 30 miles north of New York City.  The 363-guestroom Doral Arrowwood is the only resort in the New York metropolitan area, and is an enchanting location for weekends of leisure, dazzling weddings and special events, important meetings and superb dining.  It is easily reached via various interstate highways linking the resort to New York and nearby Connecticut and New Jersey, as well as New York’s airports.

The “Doral Executive Center” at Doral Arrowwood is newly available and includes 110,000 additional square feet of event space to accommodate small or larger gatherings of up to 174 people. This comprehensive environment contains a 174-seat amphitheater, two 50-seat amphitheaters, meeting and event rooms.  WiFi is available throughout and a professional, onsite audiovisual department provides the most modern production equipment.

Doral Arrowwood also offers an Executive Boardroom that features a private dining room, butler service and a private concierge.  The resort’s inspirational teambuilding retreat programs include Project Excel, Paintball, and Corporate Olympics.  The property’s numerous recreational facilities can also be used for teambuilding exercises and for relaxation and socializing.

Doral Arrowwood’s three restaurants, The Atrium, Mulligans Café and The Pub, draw both guests and locals.   The resort is a member of Benchmark Resorts & Hotels® and IACC.  www.doralarrowwood.com/

Benchmark Resorts & Hotels® represents the finest in lodging, dining, recreational and meeting accommodations. Many are certified by IACC, the leading professional organization governing the multi-billion dollar conference center industry on five continents, and many have also been recognized with the coveted Benchmark Conference Centers® certification of meeting excellence.  Benchmark Resorts & Hotels deliver highly specialized service that anticipates guests' needs and ensures a hospitality experience unsurpassed and long remembered. www.benchmarkresortsandhotels.com.  To become a fan on Facebook, visit www.facebook.com/BenchmarkResortsandHotels, or follow us on Twitter at www.twitter.com/BenchmarkHotels.